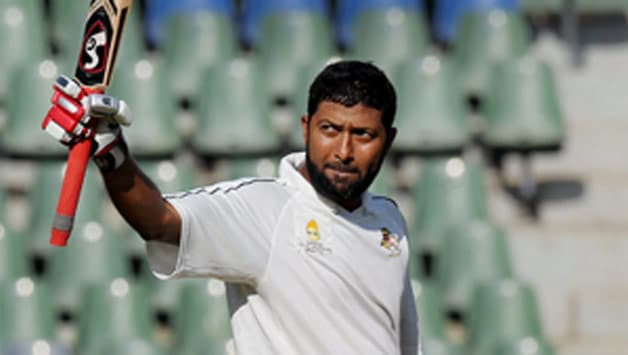 The legend of Wasim Jaffer reached new heights as the 40-year-old batsman slammed the highest score in the history of Irani cup here at Nagpur. Jaffer remained not out on 285 at the end of day two and helped Vidarbha to amass a mountain of 598 runs in their first innings against ROI.

Vidarbha started the second day at the score of 289 runs with Wasim Jaffer batting on 113 and Ganesh Satish playing on 29. The pair made complete use of the conditions and denied ROI bowlers any reprieve. They refused ROI bowlers any wicket for 68 overs and meanwhile added 218 runs.

Ganesh scored 120 runs off 280 balls and was finally out in the 69th over of the day. Siddharth Kaul managed to find the outside edge of Ganesh’s bat on a short delivery that kicked off the surface and the edge was taken by wicket-keeper K Bharat behind the stumps.

After Ganesh’ wicket, Apoorv Wankhede joined Jaffer at the crease and the duo kept ROI bowlers wicket-less till the end of the day. Wankhede finished day two of the match while batting on 44 not out of 75 balls. Jaffer and Wankhede have added 91 runs for the fourth wicket so far in 20.4 overs.

The highlight of the day was once again the elegant and confident batsmanship of Wasim Jaffer. The veteran batsman looked solid as a rock for the entire day and became the only third player in the history of Irani Cup to score a double-hundred. By scoring 285 not out Jaffer also broke Murali Vijay’s record for highest individual score in Irani trophy. Vijay had scored 266 runs in 2013.

Jaffer’s innings spanned across 425 balls and included 34 fours and one six. During his marathon stay at the crease, Jaffer also completed 18,000 first-class runs, a record in itself.

Courtesy of Jaffer’s stunning performance, Vidarbha is enjoying complete dominance in the game and with three more days left, the task for ROI has become even more daunting.

UP, Bihar bypoll results leave BJP wondering ahead of 2019 elections