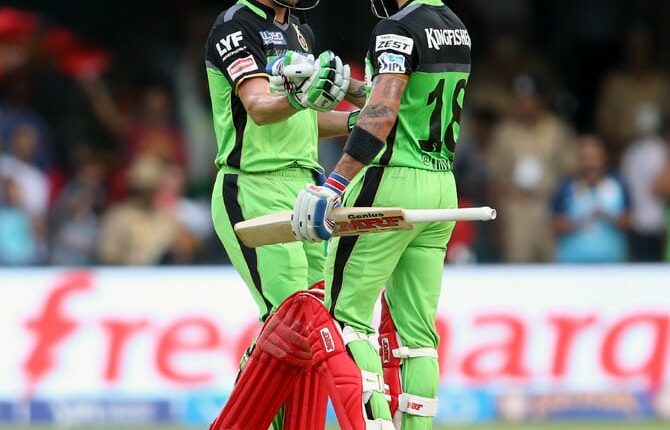 The Royal Challengers Banglore, commonly known as the RCB, is one of the top teams in the IPL 2020 points table. The players have really shown a great improvement this year. The batting line-up of the team has always been in good condition as compared to the bowling line-up. But, after changing the bowling line-up this year, the team has successfully managed to remain in the top 3 positions at 2020 IPL Points Table.

Ever wondered why RCB wears a green jersey in every IPL season? The fans have been eager to know the reason behind the “Green Jersey” of the RCB as the team usually wears a red and golden colour jersey. Ever since 2011, RCB has been playing matches in the green and golden colour jersey. The aim of wearing this green colour jersey in a day match is to spread awareness about keeping the planet green and clean. The green colour reflects carbon neutrality. This is a great initiative by the team authorities and is not limited to wearing a green jersey. Moreover, they also plant a tree and donate some trees for a greener planet.

The officials announced this year’s decision through the Twitter account of RCB. The tweet was captioned, “Bold Diaries: RCB Go Green Initiative RCB players will sport the Green Jerseys against CSK tomorrow.”

AB De Villiers also shared a video before the last match stating, “Turn off the lights and taps when not in use. We must ensure waste management and reduce the use of plastic. We should pick up plastic bottles wherever we go. All of these small little things if a person plays along can really go a long way to help our environment”. This shows that not only the authorities but also the players take this initiative as serious.

The team officials spreading awareness through the green jersey colour is a great initiative as such steps are valued and people often follow what their star says. Everyone must contribute their hands for such a great mission. One must not forget that “Together, we can achieve anything”.

The Veeres are back with the sequel, shooting to resume post-Bebo’s due date