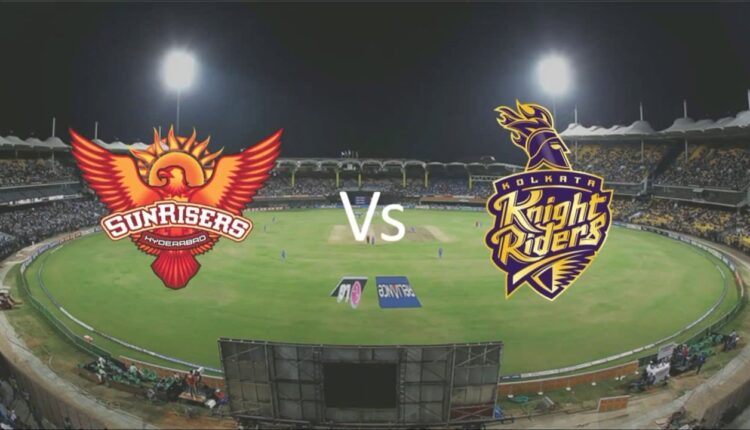 The second match of IPL 2019 is all set to commence at 4 p.m (IST) today and will be played between two former champions KKR, who have clinched the IPL Trophy twice and SRH, who have been the winners once.

KKR is led by Dinesh Karthik and Bhuvneshwar Kumar leads the SRH team as their regular captain, Kane Williamson is not playing in this match as he injured his left shoulder during a test match against Bangladesh. He arrived late in India as he was attending an award function in New Zealand organized by New Zealand Cricket Board.

Out of the fifteen matches that these two teams have played against each other, KKR has won 9 matches while SRH has won 6.

Although the two sides are evenly matched and consist of a galaxy of international stars and it is difficult to predict today’s winner but KKR have a slight edge over SRH because of absence of Williamson and Shikhar Dhawan in SRH’s rank and also because David Warner has not played too much of competitive cricket for the last one year because of his ban and because of the shoulder injury which he suffered during Bangladesh League. Their skipper for today, Bhuvneshwar Kumar, is a green horn so far as captaincy is concerned.

KKR have some strong hitters like Chris Lynn and Sunil Narine at the top and Andre Russell in the middle. They also have ever dependable Robin Uthappa and Skipper Dinesh Karthik and young guns like Shubhman Gill and Nitish Rana. This strong batting line up gives them an edge over SRH who will rely on Warner, Bairstow, Manish Pandey, Vijay Shankar and ever liable Shakib Al Hassan. They do have Yusuf Pathan in their ranks whose power hitting can change the course of any match.

So far as bowling is concerned, SRH boasts of one of the strongest bowling attacks in IPL with Bhuvi, Siddarth Kaul, Sandeep Sharma, Rashid Khan & Shakib and this gives them an advantage over KKR whose attack will revolve around Kuldeep Yadav, Sunil Narine, Ferguson and Piyush Chawla.

My prediction is that it will be a well fought encounter where KKR hold a slight advantage because of home conditions and because of a strong batting line up consisting of some of the game’s most explosive batsmen.