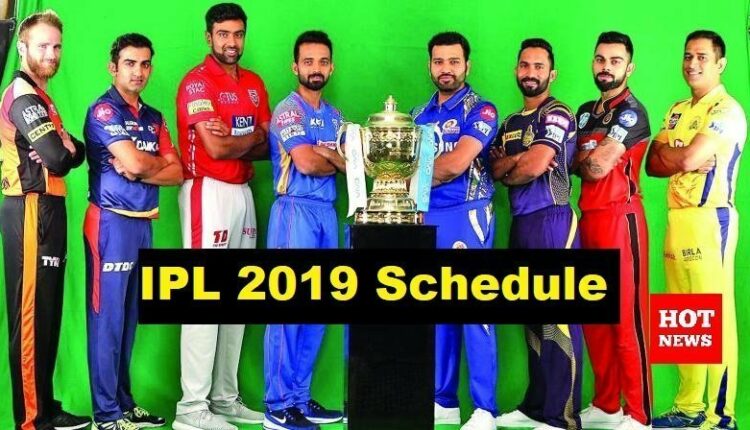 This year’s season begins in the month of March 2019 unlike previous seasons, which began in the month of April. This is because of ICC Cricket World Cup which will be held from May 30 to July 14 and the General Elections. As per Justice Lodha committee recommendations, there should be a 15 days gap between IPL and any upcoming international tournament.

The complete schedule, for 17 matches, that are to be played across eight venues, is out and is mentioned below. There will be single matches during week days and double headers during weekends.

? Announcement ?: The #VIVOIPL schedule for the first two weeks is out. The first match of the 2019 season will be played between @ChennaiIPL and @RCBTweets

BCCI is yet to clarify whether it will continue with its usual timings for afternoon (4.00 pm onwards) and evening (8.00 pm onwards) matches or whether there will be any change in timings.

Karl Lagerfeld a creative director of Chanel and Fendi, dies at 85: His Remembering