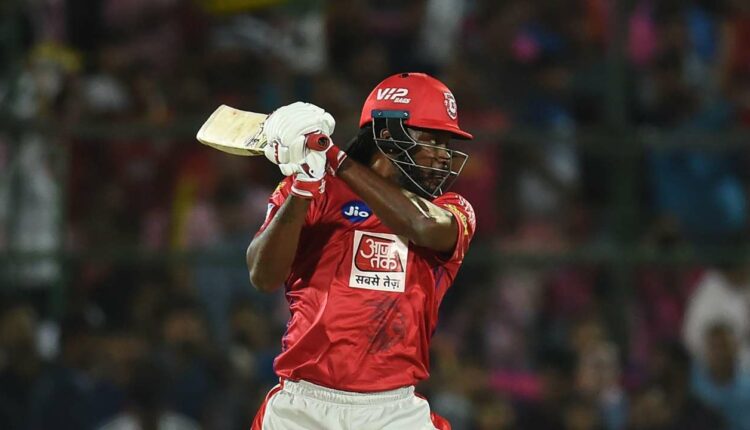 In a royal battle between Rajasthan Royals and Kings XI Punjab, the latter won the match despite a valiant effort by RR batsmen. This was Kings’ first victory against RR’s at their home ground at Jaipur. The odds were staked heavily against Kings XI as they’ve defeated Rajasthan Royals only 6 times out of the 17 times the two have faced each other. But Buttler’s runout and a flurry of wickets towards the end of RR’s innings gave them an unbelievable win.

Chris Gayle was declared the Man of the Match for his stupendous innings. Gayle not only became the leading run scorer of the match but also the savior for the Kings XI. Chris Gayle also became the fastest 4000 run scorer in IPL and the second overseas player to breach the 4000 run barrier after David Warner.

Buttler played a gem of an innings for RR till he was “Mankaded” by Ashwin and till the time he was at the crease, RR were cruising along.

The Kings had a very poor start as they lost KL Rahul’s wicket on the fourth ball of their innings. KL Rahul and Chris Gayle opened for the Kings. Chris Gayle scored 79 runs off 47 balls and put on much-needed runs on the board. We all know that Gayle’s batting is majorly dominated by fours and sixes and today was no exception as he hit a total of 8 fours and 4 sixes. Although he was brilliantly caught by Rahul Tripathi at the boundry when he tried to hit another six, but the damage to the Royals was already done.

The next to carry forward the run scoring bandwagon was Sarfaraz Khan. The 22-year-old has formerly represented India in U-19 World Cup and RCB in IPL. Khan scored 46 runs off 29 balls and played very responsibly. Mandeep Singh, Mayank Aggarwal and Nicholas Pooran scored 22, 12 and 5 runs respectively.

Contrary to Kings’s start, the Royals started off very well. Rahane and Jos Buttler opened for them. Both were hitting fours and sixes at will before Ashwin castled Rahane and put an end to a successful 78 runs opening wicket partnership. Rahane scored 27 runs off 20 balls while Buttler smashed 69 runs off 43 balls.

Buttler’s bizarre run out by Ashwin was a major breakthrough for Kings XI. Even after Buttler’s dismissal, RR were on course towards another victory over Kings because Steve Smith and Sanju Samson were timing the ball really well and scoring runs in fours and sixes but a brilliant catch by KL Rahul of Smith turned the game in Kings XI’s favor. Rahul ran for some 50 to 60 meters to complete a catch to send Smith back to the dugout.

Sanju Samson also didn’t last long and perished in the same over of Sam Curran who otherwise the most expensive Kings XI’s bowler. Samson scored 30 runs off 25 balls before getting caught by Ashwin.

Reliance Jio GigaFiber broadband – Here is how to register online