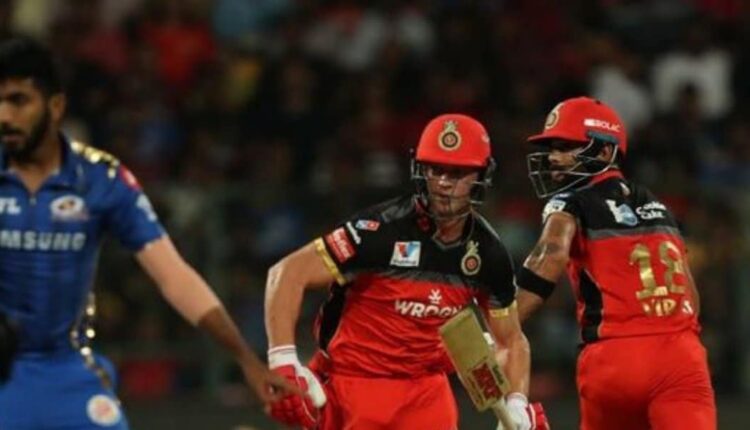 Once again an IPL game finished with a controversy and a last ball finish. A brilliant 19th over by Jasprit Bumrah enabled Mumbai to defend 187 runs against a red-hot ABD and register their first win of IPL 2019. Meanwhile, Malinga bowled a no-ball on RCB’s last ball of the innings which wasn’t called by the umpire and it has spurred a drama as RCB lost by just six runs.

Chasing 187, RCB got off to a flying start as Parthiv Patel hammered 31 runs off 22 balls. He took RCB to 67 off seven overs and then ABD took over the chase.

Virat Kohli looked in sublime form as he scored 46 off 32 balls but Bumrah stepped up to send him back. Meanwhie de Villiers kept on hitting big boundaries and took RCB closer to a win.

ABD hammered Malinga and Pandya back to back sixes in the 15th and 18th over respectively and with 22 needed of 12 balls it looked RCB’s game.

But Bumrah once again consolidated his reputation as the best death bowler and gave away just 4 runs and also picked wicket of Colin de Grandhomme.

With 17 to get off last over, Dube slammed Malinga for a six of the first ball but then Malinga came back strongly and denied any boundaries on the remaining deliveries.

However drama unfolded as replays showed that Malinga had overstepped on the last ball of the innings when RCB needed seven off the last ball. The umpires failed to notice it and Virat Kohli wasn’t happy with it.

Meanwhile Yuvraj Singh’s vintage six-hitting highlighted Mumbai’s batting. The left-hander slammed Yuzvendra Chahal for three sixes on first three balls of the 14th over but he lost his wicket on the fourth ball and the fans had a bittersweet moment.

Rohit had a good day in office as he scored briskly and put up 48 runs off 33 balls. Yadav gave him able support and added 38 runs off 24 balls. However it needed a special effort from Hardik Pandya to take Mumbai to 187 runs. Pandya scored 32 runs off 14 balls which included two sixes each in 19th and 20th over.