Everything you need to know about IPL 2018: Past Winners and tournaments 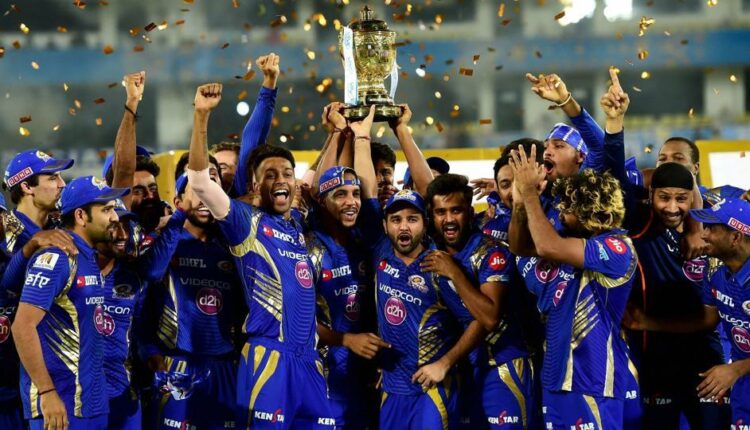 On April 07, Indian Premier League will kick-start its 11th edition.

The most popular cricket league across the world, IPL has gone from strength to strength over the years.

It all started in 2008, with Brenden McCullum’s sterling 158 and since then IPL has produced several sensational cricket moments in the last one decade.

While the entire cricket fraternity was trying to figure out what franchise cricket is all about, Shane Warne took a group of unknown youngsters and won the maiden IPL trophy. Warne’s charismatic leadership pumped confidence in the young guns like Yusuf Pathan, Shane Watson, Sohail Tanvir and Swapnil Asnodkar. Royals was the best team in the league and in the crunch finals, they sealed a last-ball victory against CSK.

After Warne, it was Adam Gilchrist’s turn to show off his magic. Gilly found the right combination for the slow South African pitches and took Deccan Charges to IPL glory.

CSK was the most successful team in IPL and finally in 2010, they reaped the benefits for their consistency. CSK had a formidable bowling line-up which defended totals with ease and in the finals prevented Mumbai from chasing a not-so-big total.

Chris Gayle’s sterling form made RCB a force to reckon with, but MS Dhoni’s midas touch enabled the favorites, CSK to retain the championship trophy.

Raina, Vijay, and Hussey formed a formidable batting unit while the spin force led by R Ashwin allowed CSK to win the tournament in style.

The emergence of Gautam Gambhir as the leader changed fortunes for KKR and they became the champions courtesy of a once-in-a-lifetime innings by Manvinder Bisla in the finals.

But the most impactful player was Sunil Narine, whose spin mystery chocked runs and derailed all oppositions.

Mumbai Indians roped in several stalwarts in their squad and this collection of heavyweights produced the perfect result as Mumbai won their maiden IPL title.

The Maxwell-Miller magic led by George Bailey had made Kings XI Punjab the hot favorites in IPL 2014, but their juggernaut came crashing down in the finals when Manish Pandey’s brilliance won KKR their second IPL title.

KKR once again had a perfect team combination with Robin Uthappa scoring the runs and Sunil Narine chocking the batsmen once again. The credit also went to Gambir whose leadership was strong and solid.

Rohit Sharma blossomed as the leader of a strong team in this season as he successfully marshaled Mumbai to their second IPL title.

Lasith Malinga topped most wickets chart while Lendl Simmons scored the bulk of the runs. But it was a sensational team effort that led Mumbai to the trophy.

Virat Kohli was unstoppable and that made RCB the favorites, but Sunrisers emerged as the champions courtesy of a highly lethal bowling attack led by Bhuveneshwar Kumar.

David Warner’s leadership was emphatic and his runs at the top with Shikhar Dhawan were valuable as well.

Parthiv Patel scored a lot of runs and this helped Mumbai to dominate the league stage. In the knock-outs, the youngsters stamped their presence and Rohit Sharma lifted the trophy for the third time in five years.

Everything you need to know about IPL 2018: Venues and Team grounds