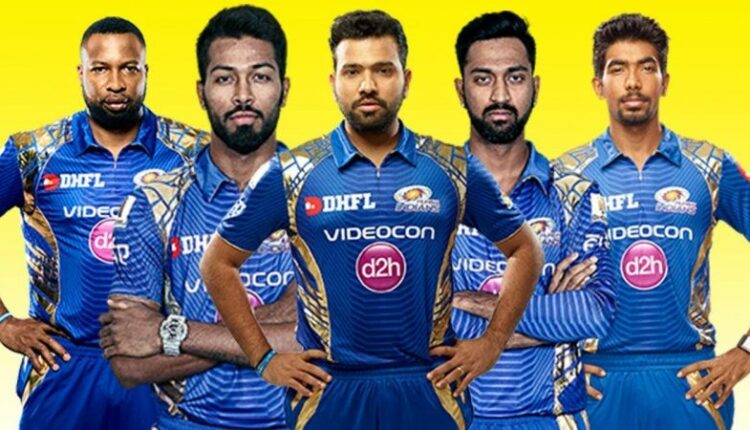 Crest and Color- The team logo is Sudarshan Chakra which is a type of razor. It is in golden color while the background is blue.

Sachin Tendulkar– Mumbai Indians’ icon player during the inaugural season Sachin Tendulkar added to MI’s fanbase and also scored valuable runs at the top. He was their skipper for few seasons and also their leading run-getter until the time he retired.

Rohit Sharma- Mumbai’s local hero and their present captain, Rohit Sharma is arguably IPL’s most successful captain as he won the tournament thrice in his five appearances as captain.

Lasith Malinga – Mumbai Indians’ leading wicket-taker, Malinga served Mumbai for almost decade and picked wickets whenever the team needed. He was emphatic with the new ball and even more lethal during death overs and his bowling was reason behind MI’s several victories.

Ambati Rayadu- For several seasons, Rayadu carried MI’s middle order with his crafty batting. The emergence of other stalwarts has however overshadowed his worth.