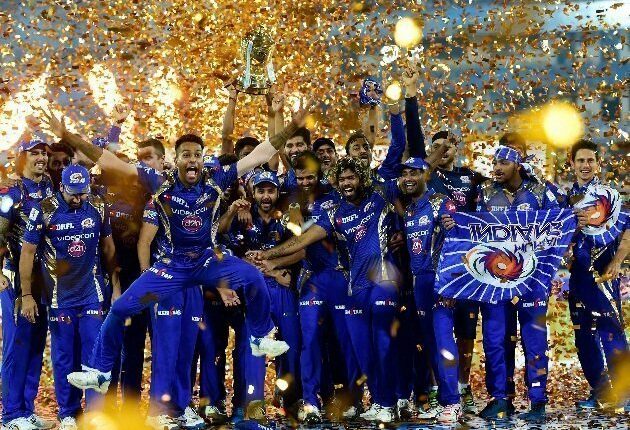 Mumbai Indians has featured some of the biggest superstars in cricket and hence has enjoyed a huge fan base. The fact that Sachin Tendulkar led the side for few years added to its credibility and now under Rohit Sharma’s leadership, they have become IPL’s most successful team in the last five years.

Mumbai Indians had a disappointing start to IPL as they missed the playoffs in the first two seasons. They were amazing in the third season and reached the finals but failed to conquer the final frontier as they lost to CSK in the finals.
In 2011 and 2012, Mumbai failed to go beyond the play-offs stage and the turnaround finally happened in 2013 as the leadership was handed to Rohit Sharma. Mumbai won their maiden title that season and in the next four years, they added two more titles to their tally.

Mumbai will enter the field as the defending champions in IPL 2018.

Mumbai Indians were at their best in 2017 as they won 10 of their 14 games and were incredible with their performances.

Mumbai Indians achieved this feat courtesy of a strong squad of highly specialized players in the team. The batting unit had consistent players like Nitesh Rana and Parthiv Patel, while the bowling department saw the rise of Jasprit Bumrah as a reliable bowler in all conditions. The likes of Mitchell McClenaghan and Krunal Pandya stood up when it mattered the most and propelled Mumbai into the finals where they defeated Rising Super Giants in a tight game.

Mumbai finished at the seventh spot in the points table and had a highly disappointing season. They lost a few close matches and that affected their chances of making it into the playoffs.

The team’s batting was a nightmare except for JP Duminy who made some fighting scores. The bowling department too failed to step up as Mumbai ended at the second-last position.