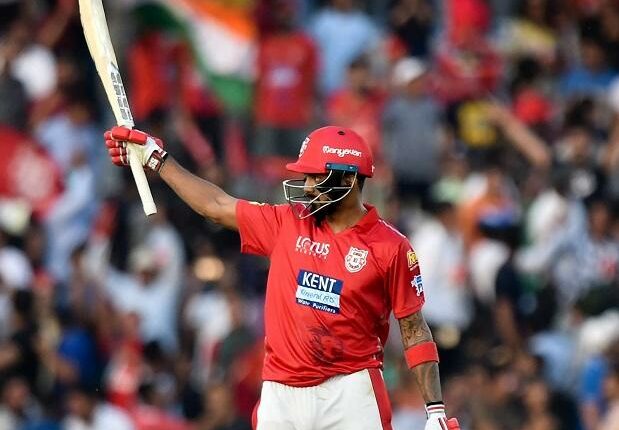 IPL 2018: Kings XI Punjab rout Delhi as KL Rahul hits fastest fifty in IPL, Kl Rahul once again made his claim for inclusion in the national team strong as he kick started IPL 2018 by hitting the fastest fifty in IPL history. Rahul’s 14-ball half-century provided Kings XI a tremendous start in the chase of 167 and then Kraun Nair’s 50 off 33 balls delivered a six-wicket win for Punjab.

Rahul scored 58 runs for the first wicket with Mayank Agarwal in 20 balls in which Agarwal contributed only seven runs. Rahul’s sensational knock included six fours and four sixes.He was dismissed by Trent Boult in the fifth over with the team score at 64.

Before that, Rahul smashed Boult for 16 runs in the first over and collared Amit Mishra for 24 runs in the third over.

Nair then continued with the aggression and prevented Delhi from coming back in the contest. Nair smashed 50 off 33 balls and added 33 runs with Yuvraj Singh and 41 runs with David Miller. The duo of Miller (24 off 23 balls) and Marcus Stonis (22 off 15) added 29 runs for the fifth wicket and completed the proceedings.

Earlier in the day, Delhi Daredevils struggled to gain momentum throughout their innings as they lost wickets frequently. Skipper Gautam Gambhir kept the innings together with a knock of 55 runs off 42 balls but he rarely got support from the other end.

Rishabh Pant hammered 28 runs off 13 balls but he failed to capitalize on it while Chris Morris’ 27 runs off 16 balls powered Delhi to 166 runs in 20 overs.

Mujeeb Ur Rahman who made his debut in IPL through this game, impressed everyone with his variations and picked up two wickets and conceded only 28 runs in his four overs. Mohit Sharma picked two wickets while skipper R Ashwin and Axar Patel grabbed one wicket each.