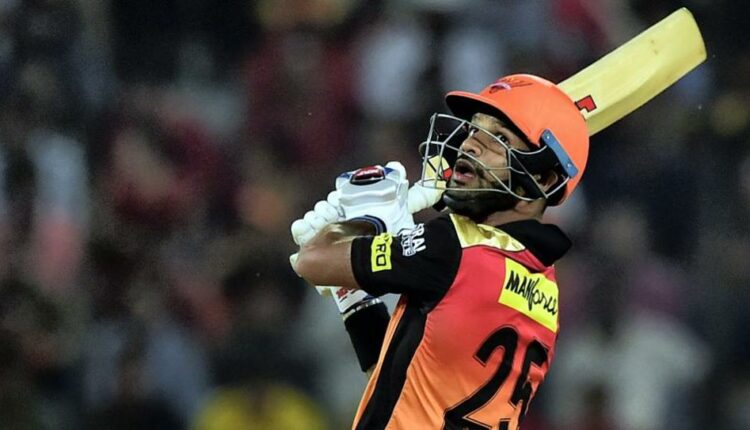 A clinical performance by Sunrisers ‘ bowlers proved too much to handle for Rajasthan Royals and then Shikhar Dhawan’s powerful half-century delivered SRH their first win in IPL 2018.

Hyderabad won the toss and elected to bowl first, a decision that proved extremely beneficial for the team. Rajasthan’s opener DM Short was run out by Kane Williamson in the first over of the innings itself but Rahane and Sanju Samson tried to arrest the damage by scoring 46 runs for the second wicket.

But Rahane fell in the seventh over and since then Rajasthan’s innings came to a standstill. Samson showed some fight but he didn’t receive any support from the other end. He was out for 49 off 42 balls. Royals managed to get 125 runs in their 20 overs.

Siddharth Kaul was the pick of the bowlers for SRH as he conceded only 17 runs in his four overs and grabbed two wickets as well. Shakib Al Hasan also picked two wickets while Bhuveneshwar Kumar, Rashid Khan, and Billy Stanlake picked one each.

In reply, SRH lost their opener, Wriddhiman Saha, in the second over itself. Saha tried to hit a big one against Jaydev Unadkat but managed to get only a top edge which was caught by Ben Laughlin at mid-off.

But then it was all Shikhar Dhawan who kept Rajasthan on the back foot with his aggressive strokes and stitched a match-winning partnership with skipper Williamson.

Dhawan scored 77 not out of 57 balls with the help of 13 fours and one six. Williamson, on the other hand, played second fiddle to Dhawan and stood not out on 36 off 35 balls.

Rajasthan’s bowling was as average as their batting performance and they were completely outplayed in the match. With this win, SRH registered their first win of the season and have earned two points while Royals will have to wait to put points on the points table.