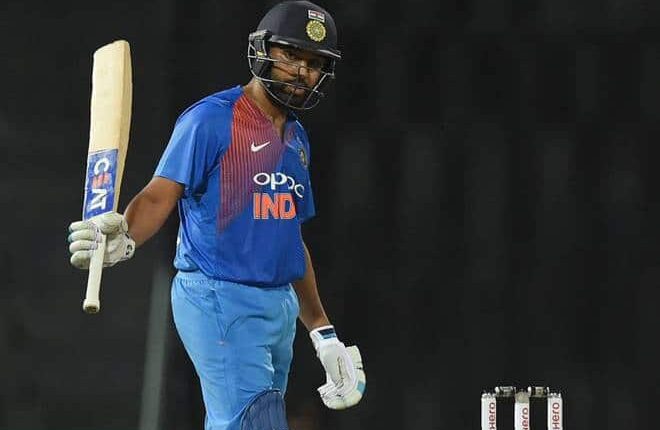 Skipper Rohit Sharma’s blazing knock of 89 runs off 61 balls powered India’s third consecutive win in the Nidahas trophy and took them in the finals of the tournament. Courtesy of Rohit Sharma’s knock, India scored 176 runs and then restricted Bangladesh to 159 for six wickets in 20 overs to win the game by 17 runs.

From Bangladesh, Mushfiqur Rahim offered some resistance and scored a valiant half-century. The wicket-keeper batsman came to crease when Bangladesh were in a spot of bother. Washington Sundar had accounted for top three Bangladeshi batsmen and had pushed them to three down to 40 runs.

Rahim then batted with grit and kept the chase alive. Mahmudullah too departed in the ninth over, leaving Bangladesh at 61 runs for four wickets. But Rahim stood solid and added 65 runs for the fifth wicket with Sabbir Rahman.

Shardul Thakur broke this stand in the 17th over by castling Rahman when he was playing on 27 runs off 23 balls. Rahim tried big hits in the death overs but he could only push Bangladesh to 159 in 20 overs.

Sundar was sensational with the ball as he bowled in the powerplays and grabbed three wickets in his four overs and conceded only 22 runs. Mohammad Siraj’s inclusion in the team proved expensive as he leaked 50 runs in his four overs.

Earlier in the evening, Shikhar Dhawan continued his purple patch and gave India a confident start. Dhawan and Rohit added 70 runs for the first wicket. Dhawan was castled by Rubel Hossain when he was playing on 35 off 17 balls.

Suresh Raina then joined Rohit in the middle and the duo added 102 runs for the second wicket in 55 balls. Raina and Rohit departed in the last over of the innings but by then their partnership had already done the damage.

Raina, who is making a comeback into the national side with this tournament scored 47 runs from 30 balls and made his claim stronger for a spot in India’s ODI team. Rubel Hussain was the lone Bangladeshi bowler to shine as he picked two wickets in his four overs while giving away 27 runs.