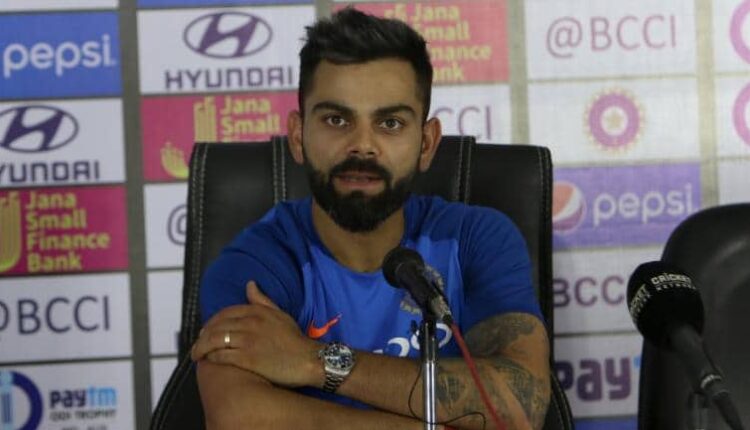 While addressing the press, Virat Kohli, the top-ranked batsman, reserves special praise to Rohit Sharma, hoping that he gets two more tons so that Team India can lay hands on the trophy at Lord’s on July 14. India’s in-form opener, Rohit Sharma is in the best form of his life who has scored massive 647 runs and is expected to be the highest scorer in the tournament according to leading online betting websites. Additionally, the popularity and overall increased performance have raised the demand for online betting in India.

The popularity is so high that about 1.5 billion people are expected to watch the tournament worldwide. India’s success under the captaincy of Virat Kohli and an amazing performance by Sharma have push spot advertising rates up by 40% to 60% from four years ago. Therefore, it is not wrong to say that online betting in India has gained craziness among the people of India and worldwide.

Virat Kohli, called Sharma as “top ODI player in the World”, at the moment and deserves all the credit. He further added that, Rohit has been scoring consistently which means he is in the room of ‘controlling’ the middle overs and letting guys like Hardik (Pandya), MS (Dhoni) and Kedar (Jadhav) in the past few games, and Rishabh (Pant) to ‘express’ themselves and being the best. The team is bit more relaxed. Kohli further added that he never focused on personal milestones as team’s interests were always on topmost priority. In the process of trying best for the team, special things happen, which is something he has always believed in his career so far, as per Virat Kohli.

Interestingly, Rohit Sharma became the first batsman to get five centuries in world cup history in a single edition. Rohit Sharma top scorer with 647 runs need more 26 runs to pass SachinTendulkar record of 673 runs in a single edition World cup and we all know he is going to show off his runs in next match with New Zealand with his performance.