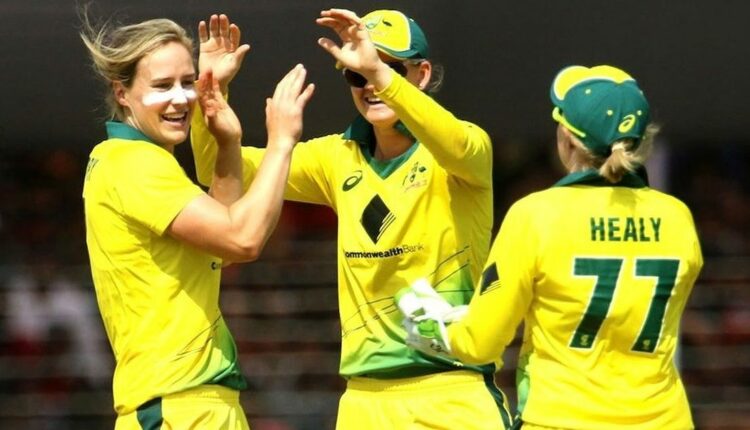 A clinical performance by batters as well as bowlers allowed Australia to defeat India by 60 runs in the second ICC Women’s Championship ODI at Vadodara. Half-centuries by Nicole Bolton, Ellyse Perry, and Beth Mooney helped Australia to reach 287 runs. Powered by Jess Jonassen’s three wickets, the visitors then restricted India to 227 runs to go up 2-0 in the ODI series.

India tried to come back by picking up three quick wickets in the middle overs. Bolton departed after scoring 84 runs off 88 balls and Australia were pushed to 144 for four wickets but Perry and Mooney (56 runs off 40 balls) rescued the visitors by adding 96 runs for the fifth wicket.

India once again chipped in with quick wickets in the death overs but Perry kept scoring quick runs from one end and propelled Australia to 287 for nine wickets in 50 overs. Perry remained unbeaten on 70 runs off 70 balls.

Shikha Pandey was the pick of the bowlers from India’s side as she claimed three wickets and gave away 61 runs. Poonam Yadav picked up two wickets as well.

In response, Smriti Mandhana gave a flying start to India. She scored 67 runs from 53 balls and stitched a partnership of 88 runs for the first wicket with Poonam Raut (27 runs off 61 balls).

But after Mandhana’s wicket, India lost the plot as Australia picked up wickets at regular intervals. Deepti Sharma scored 26 runs off 45 balls and Pooja Vastrakar slammed quickfire 30 runs from 33 balls. But these efforts weren’t enough as India’s middle order failed to claim responsibility.
Jonassen picked up three wickets and gave away only 51 runs while Perry and Wellington grabbed two wickets each.