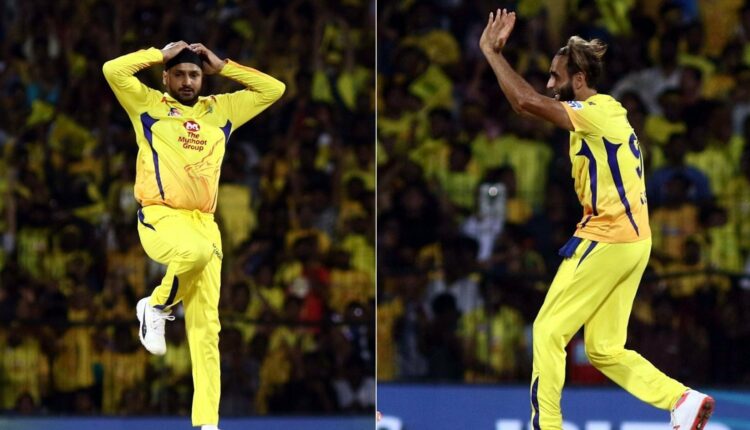 Riding high on confidence, Delhi Capitals will take on Chennai Super Kings who have started their IPL campaign on a winning note.

There is plenty of action to be expected in this contest and these three key player battles will make this match even more exciting.

The off-spinner proved that he still has plenty of cricket left in him as he demolished RCB in the first game. Importantly he bowled in the Powerplay and this will surely boost his confidence.

On the other hand, Dhawan has a struggled against spinners in the recent past especially in the Powerplay overs and hence we might see Dhoni using Bhajji against Dhawan in the beginning of the innings.

It will be interesting to see how Dhawan goes after Bhajji’s turn. Will go for his trademark sweep or will he just see him off?

In the recent series against Australia, Rayudu showed signs of having trouble against the moving ball and this is where Boult excels at-making the new ball talk.

The left-arm pacer’s natural angle will take the ball away from Rayudu and if he gets his speed and radar right then he might cause some worries for Rayadu.

The CSK opener has a habit of stepping down against the pacers to wreck their rhythm, but will he fancy his chances against the quality of Boult?

This is probably the contest of the match. Pant is known for his big finishes and heavy hitting in the death overs and on the other hand Bravo is an experienced campaigner in squeezing the runs in the later half of the game.

Pant comes with a massive follow through of the bat while Bravo loves to take the pace off the bowl. Thus this contest should be an enthralling one. Given the power Pant manufactures in his shots, his mis-hits too can sail the distance. So, what strategy will Bravo implement against Pant?