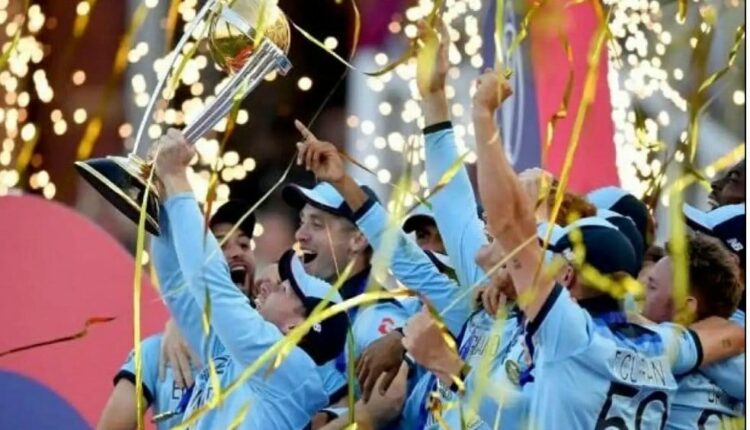 The England Cricket Team won the ICC Cricket World Cup 2019 and their drought which lasted for more than four decades of not having this title in their shelves. Moreover, the final match was a treat for all cricket lovers, no matter for which team they were supporting.

The ultimate match of this edition was played at the Lord’s Cricket Ground between the hosts England and New Zealand and it was one of the best matches ever played on a cricket ground. The match ended in a tie which lead to a Super Over and guess what, the Super Over also tied. In the end, England were declared as the winners as they had scored more number of boundaries in the match.

Numerous records were made and broken not only the final match but also throughout the tournament and here are the names of the record holders for this edition of ICC Cricket World Cup:

Most Runs: Rohit Sharma had a blast in this season with the bat as he amassed a total of 648 runs in just nine outings. These runs came at an average of over 81 and consisted of 67 fours and 14 sixes. We got to see an entirely new version of Sharma who batted with a bit more maturely. The names of David Warner and Shakib Al Hasan followed Rohit Sharma in this list.

Most Wickets: Mitchell Starc emerged as the highest wicket taker in this World Cup edition as well just like the last time. At the end of the season, he had 27 scalps to his name in just 10 matches with a bowling average of just over 18. Lockie Ferguson succeeded the left-armer with 21 wickets in his bag.

Highest Individual Score: The record of scoring the highest runs in a single game went to David Warner for his explosive knock of 166 runs off 147 deliveries in the match against Bangladesh. Australia won that game by 48 runs and Warner won the ‘Man of the Match’ award.

Most Fours: Rohit Sharma and Jonny Bairstow jointly held this record with 67 boundaries to their names respectively. Through Rohit was an edge better than the Englishman as he played two matches less.

Most Sixes: The English skipper Eoin Morgan ended the tournament with this title to his name as he crossed the ball 22 times over the fence with his bat. Out of these 22 sixes, 17 came in a single match that was against Afghanistan.

Most Centuries: This record also was held by Rohit Sharma as he ended this season with as many as five centuries to his name which is also a new world record. Earlier, the record of scoring the most number of 100s by a player in a single edition of World Cup was held by Kumar Sangakkara (4 centuries) of Sri Lanka.

Best Bowling Figures: Pakistan’s teen fast bowler Shaheen Afridi bowled a terrific spell of 6-35 against Bangladesh team which is not only the best bowling spell of this entire tournament but also his career best performance in this format.