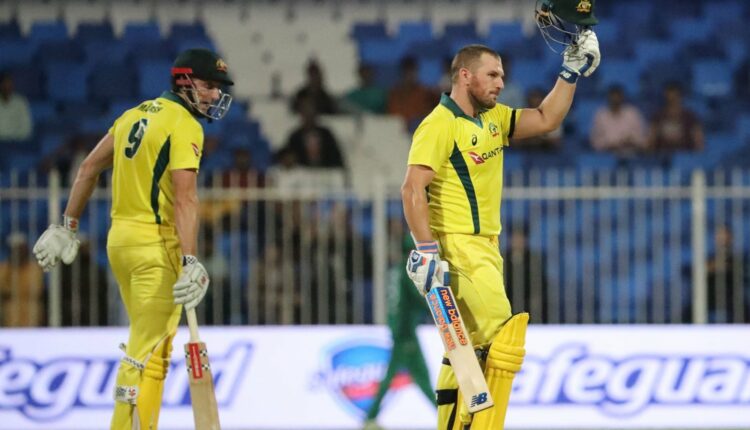 Australia continued their good show by beating Pakistan comfortably in the first ODI. The visitors chased down Pakistan’s target of 280 runs in 49 overs courtesy of Aaron Finch’s magnificent knock of while Harris Sohail’s valiant hundred went in vain.

Batting first, Pakistan lost both the openers in the 19th over. But then Umar Akmal steadied the ship with Sohail as the duo added 98 runs for the third wicket. Later in the innings, Imad Wasim upped the ante with 28 runs off just 13 balls and helped Pakistan reach 280 runs in 50 overs.

Nathan Coulter-Nile was the peak of the bowlers for Pakistan as he picked two wickets in ten overs while Nathan Lyon conceded just 38 runs in his ten overs and picked one wicket as well.

Sohail played amazingly well and remained unscratched throughout the innings. He brought up his maiden ODI hundred in the last over of the innings.

In reply, Australia started cautiously as Usman Khawaja added 63 runs with Finch for the first wicket. Khawaja departed for individual score of 24 runs off 30 balls and was caught by Shoaib Malik on the bowling of Faheem Ashraf. But it was the 172 run partnership between Finch and Shaun Marsh that sealed the game for Australia.

Finch who had a lean patch in the recent times, found his mojo and scored an important hundred. He slammed 116 runs off 135 balls to take Australia closer to the target and was dismissed in the 43rd over.

Peter Handscomb then chipped in with a cameo of 30 runs and took Australia home alongside Shaun Marsh who scored yet another crucial innings for Australia. Marsh remained unbeaten on 91 runs off 102 balls.

With this win, Australia has taken a lead of 1-0 in the five-match ODI series. The second match of the series will be played on March 24 at Sharjah.

MOTO G7 to be launched In India on March 25: Specifications