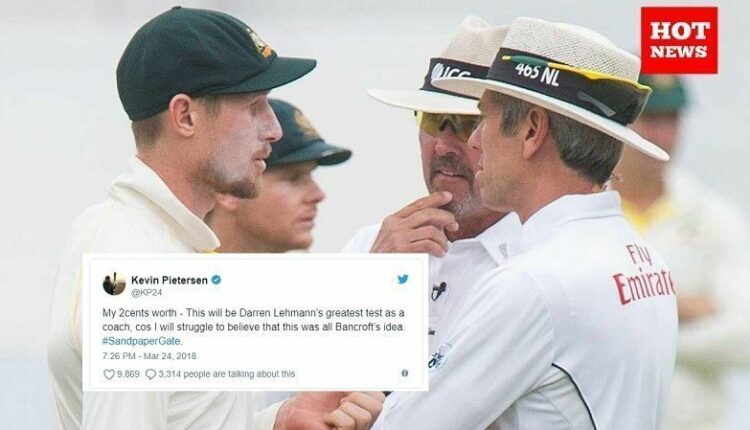 The ongoing South Africa versus Australia Test series continues to make headlines for cricket as well as controversies. While both sides are putting up top quality cricket performances, the controversies too have continued to dominate the news with the latest ball tampering issue setting the cricket world on fire.

Twitter as always, has been at the forefront in recording reactions of former cricketers, fans and all stakeholders of cricket on this issue.
During the third day of the third Test between South Africa and Australia, Cameron Bancroft was caught by cameras applying a yellow color object on the match ball.

This incident was seen as an attempt to tamper the ball, a crime according to laws of cricket and after the end of the day, Steve Smith accepted the charges and admitted that Australian leadership had decided to tamper with the ball to gain reverse swing.

All these events were enough for the cricket world to register their opinions and take a shot at Steve Smith and other Australians involved in this incident.

Kevin Pieterson, former England player believed that there are more people behind this incident and now it is confirmed that Pieterson was indeed right!

My 2cents worth – This will be Darren Lehmann’s greatest test as a coach, cos I will struggle to believe that this was all Bancroft’s idea. #SandpaperGate.

Another England cricketer, Michael Vaughan aimed a straight blow on the Aussies and asked whether Australians are so cheap to indulge in such act?

I need a bit of joinery doing at the house … Are Aussies cheap ??? #SandpaperGate

Former Australia captain, Michael Clarke expressed his surprise by tweeting that he thought this as nothing less than a nightmare.

WHAT THE …….. HAVE I JUST WOKEN UP TO. Please tell me this is a bad dream.

Dale Steyn, South Africa’s most potent pace bowler couldn’t resist showing his displeasure on this entire issue. Steyn posted a video clip of this episode and demanded a discussion on this topic.

Can we talk about this? pic.twitter.com/cmpRrOArgD

Cricket presenter and commentator, Harsha Bhogle wanted to look at this incident in knowing match referee’s point of view. He also wanted to see Australian team management’s reaction on this episode.

South Africa Vs Australia: Before Steve Smith, these five cricketers were charged of ball tampering

Arsenal wins 4-0 on Europa League night. Gunners back in the race for the title