Why Vijay Shankar Should be in India’s World Cup squad? 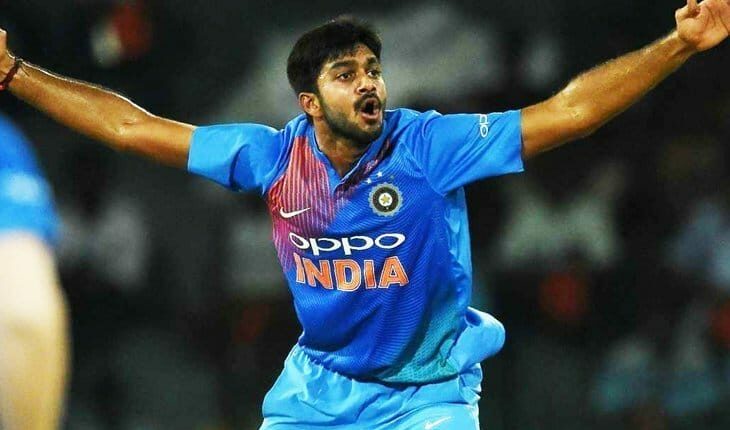 Vijay Shankar is an Indian cricketer who played for the Indian Cricket Team and Tamil Nadu. He is an All-rounder who bats right-handed and can be an effective bowler too. Vijay Shankar back lift reminds of veteran batsman Brendon Mccullum, had a great outing in recently concluded series versus New Zealand.

He has been made his presence for the Indian team in  4 ODI matches and 8 t20. He is a right-handed batsman with medium pace bowling. He can be a better option in world squad excluding Hardik Pandya and Kedar Jadhav, the two main All-rounder of the Indian team.

He has helped India reached a decent total when they were in trouble. After an appalling collapse in  4th ODI where India recorded the highest ever defeat (recorded in terms of balls), Shankar was included in playing 11 for the final ODI to solidify Indian batting lineup, and all-rounder didn’t disappoint.

The Indian backbone(top order batsmen) collapsed miserably, then walked Tamil Nadu all-rounder at the crease, he managed to face 56 balls with 59 runs and managed India to post a fighting total on the scoreboard.

"Not performing well initially and to finish the tournament in the way I did, it was very satisfying and personally, this is a good thing for me," says Indian all-rounder @vijayshankar260

After concealing the ghosts of Nidahas trophy in final Vijay Shankar came into limelight when he helped India win the Nidahas trophy final with the help of Dinesh Kartik. He had a decent season with his Ranji team also.

Vijay Shankar is technically more sounded batsmen then Hardik Pandya as he can bat at no. 4,5,6. He has to work upon his bowling line and length. It is always fruitful to have an extra all-rounder in the squad, as it can be handy batsmen and bowler when the team needs him. Considering Kedar Jadhav knee injury in the recent past, Vijay Shankar can be a better option.

He will be in the option for the world cup squad among all-rounders that will host India in the upcoming World Cup. In conclusion, Shankar adds variety to the squad as captain will have more option in batting as well as the bowling line up. The men in blue will began their journey of the World cup against  South Africa at the Rose Bowl stadium in Southampton.