ODI World Cup 2019 : Does India have good openers for the ICC World Cup 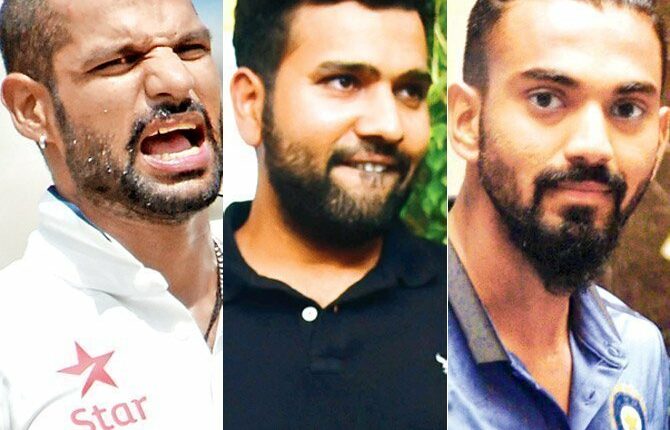 This article is the first in a series of articles which I will write to access India’s chances in the ODI world cup to be played in England and Wales from 30th June 2019.

Starting with openers, I will analyze India’s strength and weaknesses in all departments of the game.

India has a terrific opening pair in Rohit Sharma and Shikhar Dhawan but lack of a third opener leaves India short of options incase either of them is injured or loses form.

Recent ODI series in which Shikhar Dhawan had only one good score to his credit should leave Indian think tank searching for options because the only player who can step into his shoes, K L Rahul, is woefully short of experience required for a big stage tournament like World Cup. Rahul has played only 14 ODIs against 206 played by Rohit and 128 by Shikhar and has been in and out of the Indian team.

In fact since Champions Trophy in 2013, India has got so used to open with Rohit Sharma and Shikhar Dhawan that they did not feel like trying any other player for opener’s slot and this lack of options at the top may undermine their chances to lift the ODI world cup for the third time.

Let us look at the profiles and careers of three players who are set to make it to the Indian World Cup team as openers.

Rohit Sharma is one of the best batsmen of modern one day cricket. His shot timing, knack of finding gaps, power hitting leaves spectators dumb founded. He is next only to Virat Kohli and MS Dhoni in terms of value to the Indian team.

He has played 206 ODI matches for India and has scored 8010 runs at an average of 47.39 with 22 centuries and 41 half centuries. His strike rate is 87.95. His 264 against Sri Lanka is the highest score by an individual score in ODI cricket.

Although he made his debut way back in 2007 against Ireland, he did not get a permanent place in the Indian team in initial years.  His lack of consistency in his first six years did not allow him the privilege of having a fixed spot to bat at. His few good knocks were preceded and followed by plenty of ordinary ones. It all changed in 2013 when he was promoted to open for India and his power hitting at the top in company with Shikhar Dhawan helped India win the Champions Trophy. Since then he has been consistency personified and his partnership at the top with Shikhar Dhawan fetched many wins for India. Since 2013, he has been one of the mainstay of Indian batting.

Shikhar Dhawan made a forgettable ODI debut against Australia in 2010 at Vishakhapatnam by scoring a duck. He scored only one half century in his first five ODIs which were spread across 2010 and 2011.

Although he showed his class in U19 world cup where he was the Player of the Tournament for scoring 505 runs at 84.16 with three centuries, he didn’t quite set the domestic stage on fire. His average hovered around mid 40s and he had an ordinary showing in IPL and first five ODIs. With Sehwag and Gambhir doing well for India as openers, it seemed likely that Dhawan would be consigned to domestic cricket and IPL.

He got a chance to open for India when both Gambhir and Sehwag lost form dramatically. He grabbed this chance with both hands by smashing 187 off 174 deliveries against Australia in Mohali in 2013. He was selected for Indian ODI team for Champions Trophy, 2013 and played a major role in India’s triumph in that tournament.

K L Rahul is highly rated as an opener by cricket pundits and critics. He is tall, elegant and can rip apart any attack on his day. He has played 14 ODIs for India and has scored 343 runs at an average of 34.30 with one century and two half centuries. But his lack of consistency and fewer matches under his belt may undermine India’s chances at the World Cup.

For India to lift the ODI World Cup for the third time, it needs all the three openers to be in top form and give a good start to the innings at the top on a consistent basis.

How to Root Huawei Mate 20 X and Install TWRP Recovery