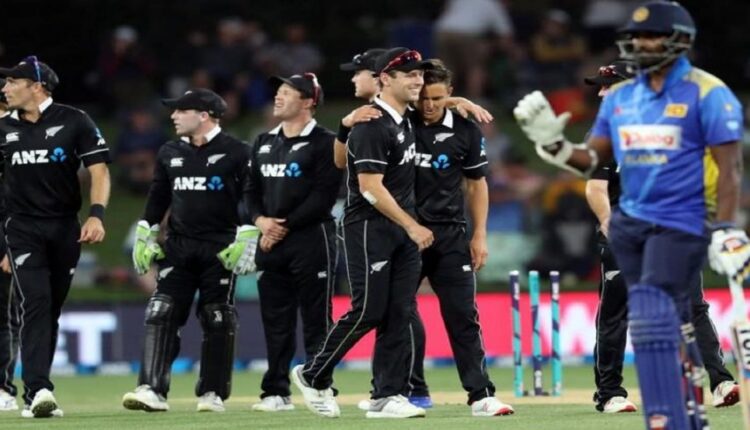 The third match of ICC World Cup 2019 was again a one-sided affair. The match was played between the Sri Lankan Lions and the Kiwis at Sophia Gardens, Cardiff on 1st of June 2019. It was a day when nothing went wrong for New Zealand. They won the toss and as expected, put the Lankans to bat, knowing fully well that there will be purchase for the fast bowlers in the initial overs of the match. The fast bowlers responded well by bowling out the Lankans for 136 runs and New Zealand cruised home in 16.1 overs without any loss of wickets. Post yesterday’s victory  of ICC World Cup 2019 , New Zealand became the first team to win three world cup matches with 10 wickets.

It was second successive thrashing for an Asian team. A day earlier, Pakistan was comprehensively beaten by West Indies by seven wickets.
Struggling to even breach the 150-mark, Sri Lanka was all-out in 29 overs. Matt Henry’s lively spell of 3-29 in the morning paved the way for New Zealand’s victory. He combined well with Lockie Ferguson, who also took three wickets, to skittle out Lankans for 136. For Lankans, only skipper Dimuth Karuratne showed some semblance of resistance with an unbeaten half century. New Zealand team was without their strike bowler, Tim Southee, who was sidelined due to a calf injury.

Opening with Lahiru Thirimanne and Dimuth Karunaratne, Sri Lanka lost its first wicket off the second ball of the innings. Thirimanne was out lbw to Matt Henry, whose seven straight overs, laid the foundation of New Zealand’s easy victory. After claiming the wicket of Thirimanne, he had Kushal Perera caught by Grandhomme for 29 and forced a nick off Kusal Mendis’s bat to Martin Guptill off the very next ball. The next man in, Dhananjaya De Silva, survived Matt Henry’s hat trick ball but was out lbw to Fergusan at a score of 4. Highly rated and highly experienced, Angelo Mathews, also didn’t last long and was caught by Latham off the bowling of Grandhomme for a duck. Sri Lankan batsmen’s procession continued with Jeevan Mendis scoring just one run to give Lockie Ferguson, his second wicket.

Thisara Perera showed some resistance by scoring 27 runs off 23 balls but was caught by Boult off Santner when he was trying to rebuild Sri Lankan innings in company of Dimuth Karuratne. Besides Matt Henry and Lockie Ferguson, who claimed three wickets apiece, Trent Boult, Colin de Grandhomme, Mitchell Santner and James Neesham claimed a wicket each.

The wicket had eased during the second half of the match and Kiwis took full advantage of it. They made a flying start to the innings and romped home to victory without losing a wicket.
The right-left opening pair of Martin Guptill and Colin Munro thrashed the Lankan bowlers to all parts of the ground. While Guptil scored 73 off 51 balls, Munro scored 58 off 47 balls. Their unbeaten parternship of 136 in 16.1 overs completed the formalities of an easy New Zealand victory.