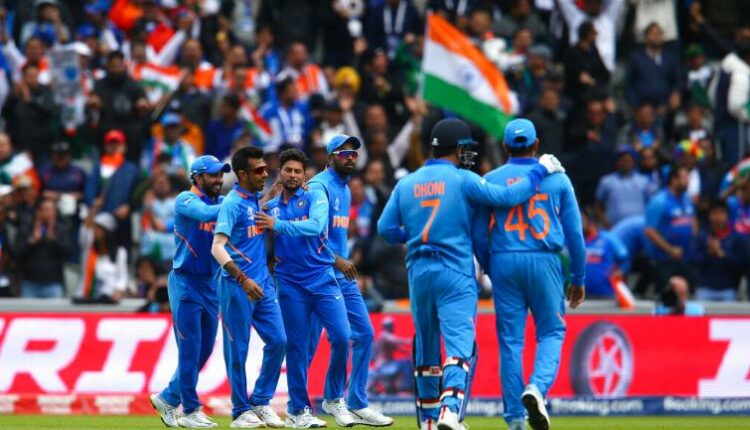 There are very few matches which people eagerly await and bounce off the walls. ICC World Cup 2019 Match 22 was one such.

At Emirates Old Trafford, Manchester, the match, ICC World Cup 2019 Match 22, was played between arch rivals, India and Pakistan, on 16th June 2019. The clashes between the two teams have always been keenly contested and passionately followed by the citizens of two nations.

Before this match, the teams had played against each other 6 times in the World Cups and the score was 6-0 in India’s favour. This was the seventh contest between the two teams at a World Cup and the world was expecting a tough fight between the teams as has been the case in all previous matches.

Post winning the toss, Pakistan chose to bowl first, a decision which turned out to be a poor one as India went on to put up a formidable total on the board which Pakistan failed to defend.

The Men in Blue set-up a target of 336 runs for Pakistan to chase. The Indian opener & vice captain, Rohit Sharma, was declared the player of the match. Scoring 140 runs off 113 balls, Sharma guided India to a formidable score. Shikhar Dhawan’s absence due to injury gave an opportunity to KL Rahul to open the innings for India with Rohit Sharma & he grabbed the opportunity gleefully.

KL Rahul and Rohit Sharma opened the Indian innings. India lost its first wicket in the 23rd over. KL Rahul scored 57 off 78 and scored 136 runs in partnership with Rohit Sharma for the opening wicket. Rahul was caught by Babar Azam off Riaz. Rohit Sharma was also involved in a partnership of 98 runs with skipper Virat Kohli for the second wicket. When Rohit Sharma was dismissed by Hasan Ali, he had done enough damage to Pakistan. His score at the time of his dismissal was 140 and India’s score was 234. Rohit Sharma’s innings was studded with 3 sixes and 14 fours.

Pandya scored a quick 26 off 19 balls before he was caught by Babar Azam off Amir’s ball. Skipper Kohli showed his class as he scored 77 off 65. In doing so, he went on to complete 11000 runs in ODIs. India set-up a target of 336 runs for Pakistan to chase. For Pakistan, Mohammad Amir was the standout bowler. He scalped three Indian wickets and gave away just 47 runs.

The match was reduced to 40 overs because of rain and Pakistan were set a target of 302 runs. Fakhar Zaman and Imam-ul-Haq opened the Pakistan innings while Bhuvneshwar Kumar and Jasprit Bumrah opened the Indian bowling. Bhuvneshwar Kumar limped off the field after bowling 2.4 overs and Vijay Shankar had to come to complete his over. Off his very first ball, Vijay Shankar trapped Imam-ul-Haq lbw. Babar Azam then joined Fakhar Zaman and both played with caution and patience and when it looked that they are taking Pakistan closer to victory, Kuldeep Yadav struck. He bowled Babar Azam off a peach of a delivery at a personal score 48 off 57 deliveries. Babar Azam’s wicket was a crucial one and it turned out to be the turning point of the match as the rest of the batsmen, baring Fakhar Zaman, capitulated without much of a fight.

Fakhar Zaman was the highest run scorer for Pakistan. Scoring 62 off 75 Zaman was caught by Chahal off Yadav. Veteran Mohammad Hafeez was out for 9 when he caught by Shankar off Pandya. Pandya also consumed Shoaib Malik off the very next delivery. Much was expected from skipper Sarfraz Ahmed but he scored just 12 and was out to Vijay Shankar.

Imad Wasim and Shadab Khan tried hard to accelerate the run rate and take Pakistan closer to victory but the Indian bowlers bowled beautifully and did not give much liberty to them. Shadab scored an unbeaten 20 off 14 and Wasim scored 46 off 39 and he also remained not out. By the end of 40 overs, Pakistan could score 212 runs and thus lost the match by 89 runs.

It was a sweet revenge for India who had lost to Pakistan in Champions’ Trophy final in 2017.

Ayushmann And Big B Together in Gulabo Sitabo.