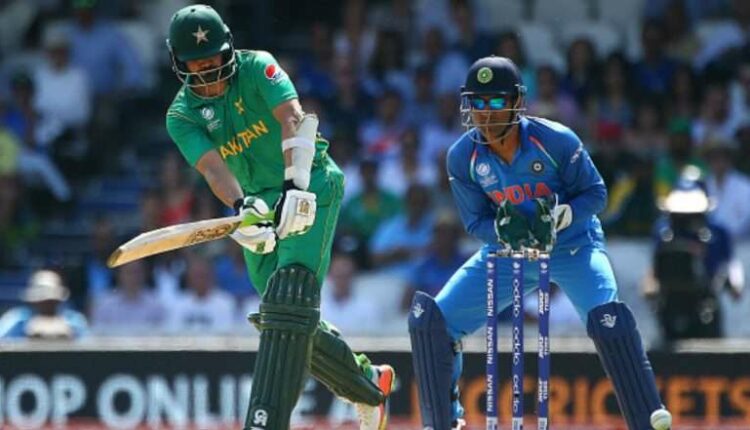 The much awaited and highly crucial match of the ICC cricket world cup 2019, India versus Pakistan will be played on June 16, 2019 at Old Trafford.

In this game, both sides will face each other for the first time after the finals of the champions Trophy which happened on 18 June 2017 at the Oval.

This contest between India and Pakistan will undoubtedly be one of the most hyped events of the 2019 world cup. The organisers would be expecting a packed house while TV broadcasters would be hoping for a record viewing statistics.

Given the history of India Pakistan rivalry in cricket and the way the last few matches between the two sides have panned out, chances of dreams of organizers and the TV broadcasters becoming a reality are massive.

The encounter with Pakistan will be India’s fourth match of the 2019 world cup. India will begin their world cup journey by locking horns against South Africa on June 05. On the other hand, Pakistan will face West Indies in their first match on May 31. The match against India will be their fifth game of the coveted tournament.

The India versus Pakistan world cup game tickets will be available soon. ICC will declare the availability of the tickets through their website. The cricket family ticket ballot opens on May 01, 2019.

India and Pakistan have faced each other in world cups for four times so far. In all these four matches, India has emerged victorious.  However in the last between the sides, which was the finals of the champions trophy 2017, Pakistan drubbed India by 180 runs to clinch the trophy.

The India versus Pakistan world cup 2019 match will be an exciting affair for the fans as it features some of cricket’s finest duels such as Mohammad Amir vs Virat Kohli.

Aadhaar is now compulsory for 6th, 9th and 11th students in government schools of UP