Evevrything you need to know about 2019 ICC World Cup: The qualifiers and controversies 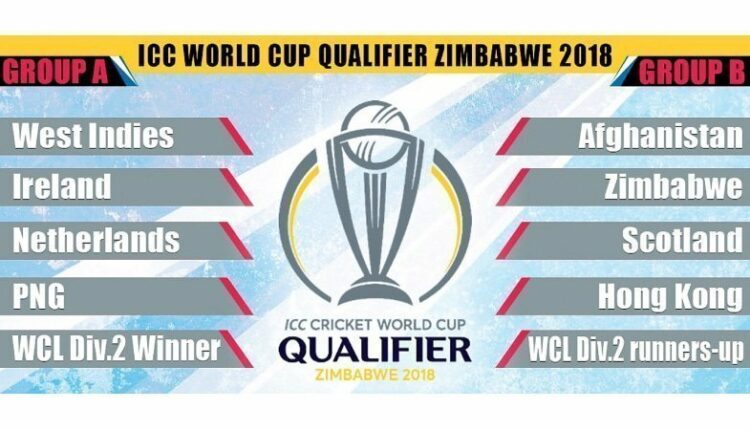 2019 ICC World Cup: The qualifiers and controversies: After the International Cricket Council’s decision on reducing the tournament period, only 10 teams will compete in the upcoming 2019 ICC cricket world cup thus shrinking in size as well as the duration of the tournament.

QUALIFIERS FOR THE 2019 ICC WORLD CUP

2019 ICC Cricket World Cup qualifiers, As England is hosting the tournament, they are the first and automatic qualifiers for 2019 world cup. Top 7 teams in the ICC world rankings six months prior to the competition will be qualified for 2019 tournament. Two remaining spots will be decided based on a qualifier matches to be played in Zimbabwe in 2018.

West India and Afghanistan have qualified as the team number nine and ten for the 2019 world cup. Both teams finished at the top in the qualifiers to book their places

CONTROVERSIES OVER THE 10 TEAMS RULE

2019 ICC World Cup controversies, With the 10 teams rule introduced, affiliate nations of ICC protested against it with the primary reason being the development of their teams will
not happen. The main argument presented by affiliate nations ( like Ireland, Argentina, Austria) the World Cups provide great experience and learning opportunity which they do not get otherwise and these new rules would set the cricket in their country many years backward.

The ICC took aid in the interest of fans in quality matches and argued that matches with the affiliate nations will result in boredom which would
dent the spirit of cricket in fans leading to huge losses to smaller nations. The other reason put forth by ICC is that every team would get
a chance to play with all the rival teams which was not given in previous tournaments thus leading to a more fairer tournament.

Brahmastra Actor Ranbir Kapoor Roamed The Streets Of Mumbai, No one identifies the Rockstar

Everything you need to know about 2019 ICC world cup: Previous champions

BCCI Central Contracts: Rahane, Pujara could be demoted; Rahul, Pant likely to be…

BCCI to discuss plans for IPL 2022 venues, auction with owners on Saturday