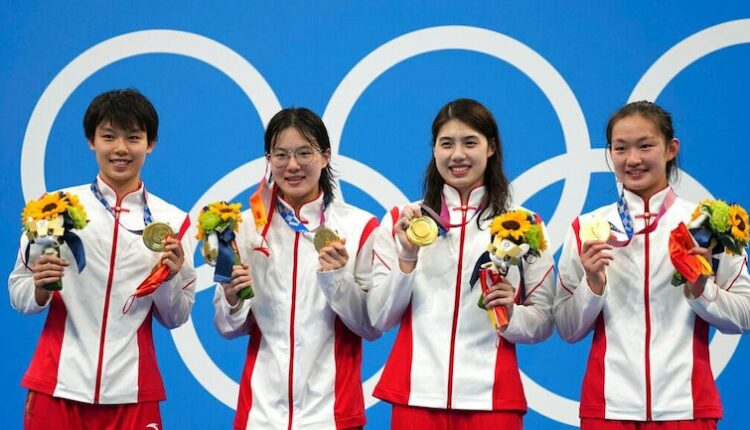 China staggered ritzy USA and Australia in the ladies’ 4×200-meter free-form transfer to win gold with a world record execution. China dealt with a period of 7 minutes, 40.33 seconds while the Americans asserted silver in 7:40.73.

Australia took bronze in 7:41.29. Katie Ledecky took the anchor leg for the Americans in third spot, almost two seconds behind the Chinese and furthermore following the Australians.

Ledecky passed Australia’s Leah Neale and shut the hole fundamentally on China’s Li Bingjie, yet couldn’t exactly get her toward the end.

China’s success denies both Ledecky and Australia’s Ariarne Titmus another gold award. Subsequent to winning both the 200m and 400m free individual titles, Titmus opened for Australia in the transfer. It was the second swimming world record of the Tokyo Games – truth be told, every one of the three medalists broke the past sign of 7:41.50 set by the Aussies at the 2019 big showdowns.

“It was a really fast race,” Titmus said. “We were under our previous world record, so it was still a good swim from us.

“I feel like I should’ve been better but it’s what you can do on the day and it’s been a big couple of days, so I’m happy to come away on the podium.”

Titmus trailed Yang at the end of the first leg and that set the tone, as Australia’s Emma McKeon, a bronze medallist in the 100m butterfly, was behind after the second too.

China’s Zhang, who had earlier won gold in the 200m butterfly, conceded some ground to America’s Katie McLaughlin and Australian Madison Wilson in the third, before Ledecky made her move.