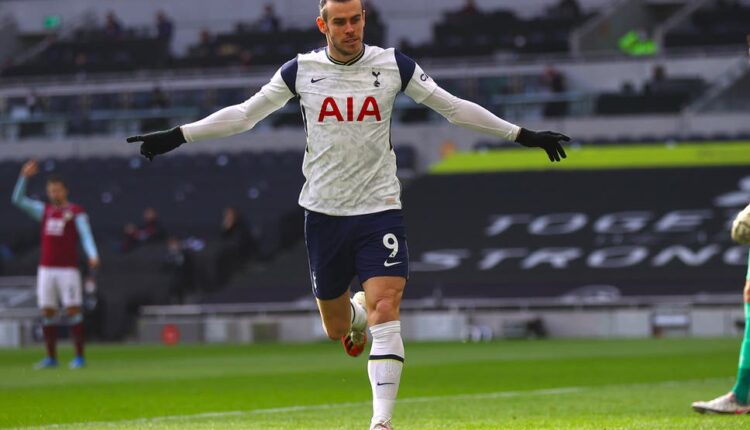 The Welshman continued his campaign by being included in the starting XI for the third time in a Premier League game this season.

Two minutes into the match, Bale opened with a goal after pushing in from close range.
He then set up Harry Kane with a long cross for Tottenham’s second after 15 minutes.
Bale then bestowed his famous left foot and put on quite a show with a finesse shot swerving past Burnley’s Nick Pope who was left standing still while Bale scored his second.

Tottenham manager Jose Mourinho was reluctant to trust Bale in the league as after a couple of unsuccessful crusades evidencing his lack of match fitness, also Bale was prolonged with injury when he came back to Spurs on a season-long loan deal in September from Real Madrid and struggled to build up a regular run of matches.

According to ESPN “Jose Mourinho sang the praises of Gareth Bale after the Wales international’s two-goal show in Tottenham Hotspur’s 4-0 drubbing of Burnley in the Premier League on Sunday.” Mourinho gave Bale his third league start on Sunday and was amazed by a dazzling comeback from the winger.

The Welshman recently made a statement and told the media that he has been happy all season during his time in England with Spurs, he added how he also felt comfortable in the dressing room as being able to fully communicate in English surely has its advantages and has made his life easier.

“I’m happy and I’m sure it’s showing on the pitch. I wasn’t upset to be substituted. There are a lot of games to come. It’s important to keep building minutes each game.” Bale said.

Now the question arises, will Bale be able to keep up his roaring comeback and return to his prime? Currently, with 39 points into the league table placing 8th, Tottenham looks at a possible chance to scrape their way in the top four.