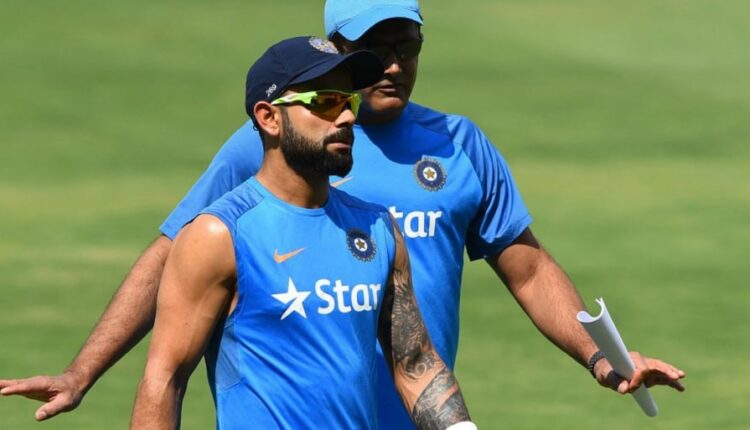 If reports are to be believed Team India head coach Anil Kumble stepped down from the position. The legendary spinner and former Test skipper will not travel with Indian ODI team to West Indies where the Men in Blue are scheduled to play a five ODIs and a T20I.

Before the Champions Trophy 2017 got over, Kumble was asked to travel with Team India in West Indies. But, following India’s defeat to Pakistan he terminated his one-year association with Team India by CoA chief Vinod Rai a few weeks ago of the selection process for a new coach underway. But, the leg spinner has reportedly opted to keep out of extension suggestion even though his name is in the running too for the next team boss. Reports had been doing the rounds that he didn’t have the best relationship with skipper Virat Kohli and the relationship was beyond repair.

However, Kumble has not reveal reason of not traveling with the team is his role as chairman of Cricket Committee in-charge of taking calls on laws and regulations of the game. The ICC Annual Conference started on Monday and will continue through June 23. Kumble’s Cricket Committee meeting will be held on June 22.

“Today was the last day of Anil Kumble’s contract and he does not want to continue further as Indian team’s coach,” said news agency ANI.

Kumble”s last assignment, if reports are true, was the recently concluded Champions Trophy where India finished runners-up to Pakistan after losing the final to Pakistan by 180 runs.

Kumble had an outstanding season with Team India. Since he joined the team, India had won four Test series and two ODI series. Under his coaching, India acquired the No. 1 rank in ICC Test rankings.

However, due to tussle with skipper Kohli regarding the coaching approach, he was tinkering with the idea of quitting the job. It is not known whether Kumble will give an interview for the second term or not. If he doesn’t show any interest, there is a possibility that former Indian opener Virender Sehwag can replace him as a head coach.

He is a sports journalist by passion. Started his career with Times of India as a freelancer after completing his journalism degree from Asian College of Journalism, Chennai. Being a fan of sports he covered many matches from the ground. He believes that writing is the best way to disseminate information and insights to the readers. You will love his insightful feature and opinion piece.

Message In A Bottle: How India Celebrate Chinese New Year

Sarfraz & Co. have been given heroic welcome by Pakistan fans