52 YEARS SINCE , ONE GAINT LEAP FOR MANKIND 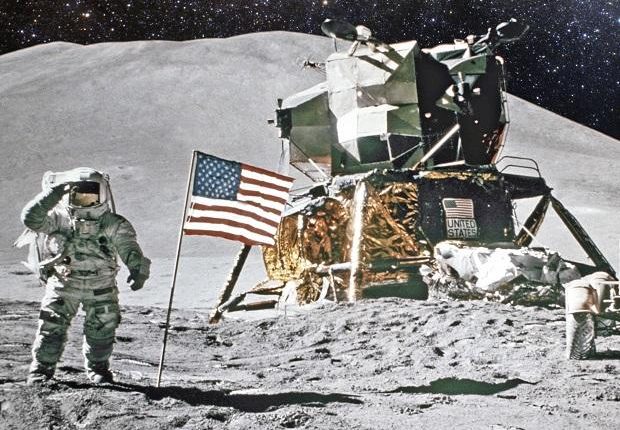 Today marks the 52nd anniversary of the first human step on the moon. Therefore, the golden jubilee of this event is being celebrated not only in America but all over the world.

And for the first time in history, on July 16, 1969, eleven astronauts Neil Armstrong, Edwin Aldrin and Mike Collins left the Kennedy Space Center for a lunar mission. On July 20, they set foot on the moon. The journey of about 240,000 miles reached the lunar orbit on July 19 in 76 hours. On July 20, the eagle separated from the main cave in an area called Jigar and started traveling towards the moon, and on the same day the eagle landed on the moon’s Shantisagar ground.

The orbiter Columbia was orbiting near the moon, this time under the control of Mike Collins.

After landing, Neil Armstrong landed on the moon with the help of a ladder, followed by Edwin Aldrin. For about three and a half hours the atmosphere on the moon tested other elements of the soil and brought 19.5 kg of soil rock from the moon to the earth. He then attached the American national flag to the surface of the moon and took a few steps. On July 22, the spacecraft returned to Earth.
The first man to set foot on the moon was Neil Armstrong and the second was Edwin Adlrin.

Twenty-five crore people watched the historic event live and 350 journalists from 55 countries were present on the occasion.

After returning from the moon, the three astronauts were quarantined for two weeks for medical tests.