Assam NRC: Why People Need NOT To Panic- All Fake News/Myths Busted 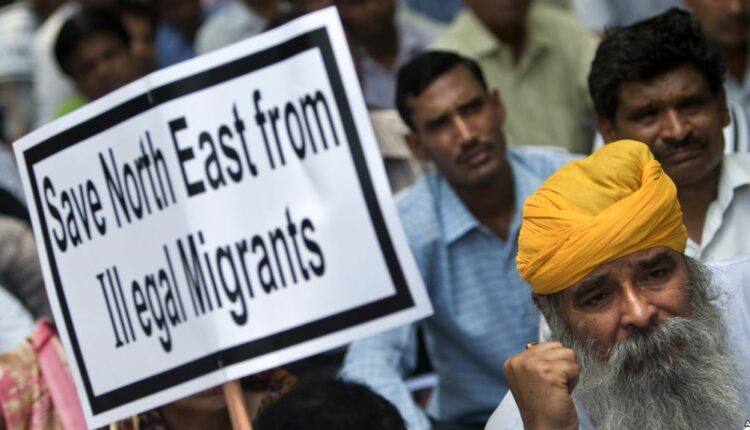 Whenever an issue about immigrants or refugees is talked upon, opinions are expected to be polarized. Philosophers say we all are descended from immigrants or revolutionists. Theodore Roosevelt believed that any immigrant to come to a country in good faith, wanting to assimilate and contribute, should be treated on exact equality. Ronald Reagan opined differently though, ”a Nation that cannot control its borders is not a Nation”, he said.

Illegal immigrants coming from Bangladesh into Assam and getting involved in criminal activities has been a persistent problem. Angry protests took place in the State against illegal incomings for decades. Former Prime Minister Shri Rajiv Gandhi addressed the issue and he signed Assam Accord. However, more than a decade later, NRC actually materialized and now 40 lakh people are out of NRC Draft among 3.29 crore. Out of the 40 lakh, many legitimate Indian citizens were shockingly on the list too, including current and retired Government Officials. Implementation and interpretation errors have been made, resulting in chaos and panic.

But, do people really need to panic? Let’s take a look at the Fake News/Rumours being spread and the underlying truth in them.

‘’It is the Final List. People not in the Register will not be considered as Indian Citizen anymore”

Since the Government has made it clear that the list is not final and people will be given repeated, fair and square chances to prove their citizenships, the panic trigger is too early. Also, names of people or families get omitted from Voter lists at times due to clerical mistakes, right?

This is vehemently wrong as the Supreme Court says that people not in the second draft, will also get fair and proper chances to prove their claims.

Utkarsh Anand tweeted ‘’ #SupremeCourt makes it clear that publication of draft #NRC in #Assam can’t form the basis of action against anyone by authorities and that the legal process will have to be followed after giving the due opportunity to those whose names are missing from #NRCAssam.”

Also, the Supreme Court has instructed that no coercive action be taken against people not on the list.

NRC coordinator Prateek Hajela told Indian Express that the 40 lakh not in the index, can not be called ‘illegal’.

“These people will get another chance to prove their credentials. Then we will come out with a final NRC. The NRC process will be over then. Even after that, whether a person is an illegal migrant or not is something that can be decided only by judicial scrutiny and that is through a certain set of codes, which has been established in Assam… called the Foreigners Tribunal,” said Hajela, as quoted by Indian Express.

‘’ Bengalis are being targeted unfairly. The government wants to kick Bengalis out of Assam. Also, if NRC is implemented in West Bengal, they would oust Hindu Bengalis who came to Bengal as refugees to save their lives from Bangladesh.”

This is downright lying. It is not against Indian Bengalis. Indian Bengalis are certainly not Bangladeshis. Among the 2.89 crore people, who are in the citizen list, many are Bengalis. Also, out of 25 lakh Gorkhas, one lakh Gorkha people are not on the primary list, as reported by Hindu (they are expected to be included in the list later though). So, it is not against Bengalis in particular.

Also, Hindu refugees who came from Bangladesh to save their lives, even after 1971, cannot be ousted from the country. Because as per 2016 Citizenship Amendment Bill, ‘illegal’ migrants who belong to six communities (Hindus, Sikhs, Buddhists, Jains, Parsis and Christians) from Afghanistan, Bangladesh and Pakistan, are eligible for citizenship of India. The bill also relaxes the pre-requisites of citizenship.

Also, Part 2 of the Indian Constitution (Articles 5 to 11) to be precise states that one can be legitimate Indian Citizen by Birth, by Descent, by Registration and by Naturalisation. The ‘By Birth’ segment says that if someone takes birth in India even after 26th January 1950 and before 1st July 1987, the person will be considered as Citizen of India, irrespective of his/her parents’ Nationality.

Also, Union Minister of State for Home Affairs of India, Mr Kiren Rijiju has confirmed that the oppressed and homeless Hindu refugees from Bangladesh can stay in India. Rijiju says that the Hindu Bengali refugees can stay in Assam even if they had come after 25th March 1971.

Even now, when the situation is heated up, some illegal Bangladeshi migrants have been caught red-handed making fresh influx, by the police. The crimes, especially atrocities towards women, the number of rapes committed by Bangladeshi migrants infuriated the inhabitants of Assam. But, the Government must ensure that no Indian is left out of the list. Bangladesh said that they will not take back the migrants. Whatever may be the final number of the people who will not be counted as an Indian citizen, there will be people left out. Will they need to panic? Probably no. Because in that case, the UN will intervene and the UN has always come up with great aid for the migrants.

Like that Nickelback song, ‘’No Fixed Address”, should they be left to the darkness or oblivion? Or should they be embraced (apart from some criminals obviously) so that in search of workers, we can get people? Opinions will differ. Again.