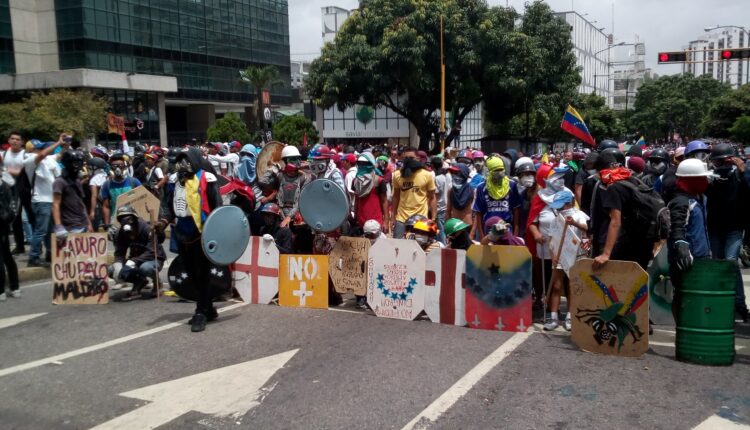 The Venezuelan political crisis has reached its rock bottom when the Organization of American States (OAS) denounced the regime of Nicolas Maduro to stooping to too low enough to kidnap a family along with an eight-year-old who is the nephew of a National Guard captain who has escaped the so-called escape-proof military prison.

OAS Secretary General Luis Almagro tweeted on Wednesday night demanding that dictatorship of Venezuela should take care of the denunciation about the kidnapping of Captain Anyelo Heredia’s family and release information about the same.

On December 24th 2019, Captain Heredia was able to escape from Ramo Verde near Caracas which was considered to be the first-ever reported escape from this military prison. No one was even aware of the escape before 25th December. Two prison guards who are claimed to be connected with the event have been taken into custody. Ramo Verde had the reputation of holding political prisoners like Leopoldo Lopez and Antonio Ledezma who later escaped house arrest after shifting from there.

On January 1st, Heredia’s relatives, neighbours were also kidnapped along with his underage nephew. Several activists in Caracas say that the general of the directorate for military counterintelligence also know as DGCIM arrived at the house where Heredia’s parents lived and kidnapped father Julio Heredia(80), mother Gervacia de Heredia(76) and sister Anyi Heredia, brother-in-law Air Force Sargent Oscar Martinez and his nephew Samuel Martinez along with their neighbour Blanca Contreras.

According to PROVEA, a human rights NGO, Venezuela enters 2020 with 388 political prisoners which is an all-time high. They even said that DGCIM was one of the top agencies to use torture with around 62 per cent of all incidents practised by its agents. Repression under Maduro’s regime does not spare anyone not even children. Around 10 per cent of all people killed during protests in 2017 were minors.