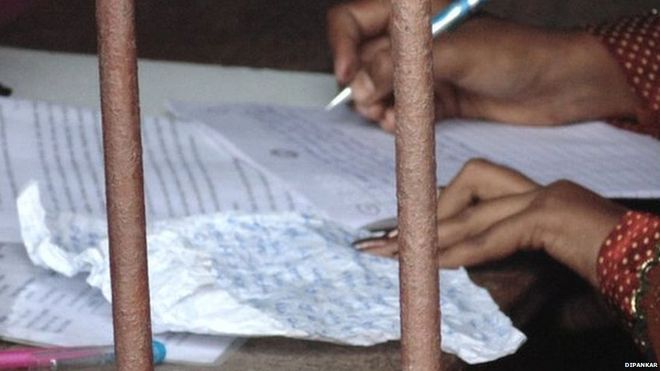 No student will be allowed to sit for their exams unless they follow the proper dress code guidelines laid down by the Apex court.

Last month the Supreme Court of India forced more than 500,000 students to re appear for their exams after learning about the question papers getting leaked.

A candidate appearing for exam must wear light clothes, half sleeved and shirts which do not come with big buttons. They wont be allowed to wear any kind of foot wears except flip-flops. Earrings, wallets and calculators are not allowed to be taken in and they are also disallowed to carry their own pen and calculator the officials in charge will provide them from their own source, once inside the examination hall.

Cheating has been prevalent in every exam that has taken place in this country and as the year passes by this disease instead of receding is turning into an epidemic.  Just a few months ago the entire nation witnessed the mother of all cheating after watching several footages of people climbing buildings up to 4 stories high at the cost of just helping their close ones pass but in the wrong and risky way.
With the emergence of new and innovative technologies coming into the market day after day, cheating is not as complex as it once used to be.  Some unlucky candidates have been caught using Bluetooth devices or tiny cameras to help them receive the information from the external source.

It is not yet clear as to whether this new move by the authorities will yield into an effective outcome or not but it is heartwarming to know that they are actually and finally taking an initiative.

Do you know using Saliva to shine the cricket ball is treated as unfair practice?