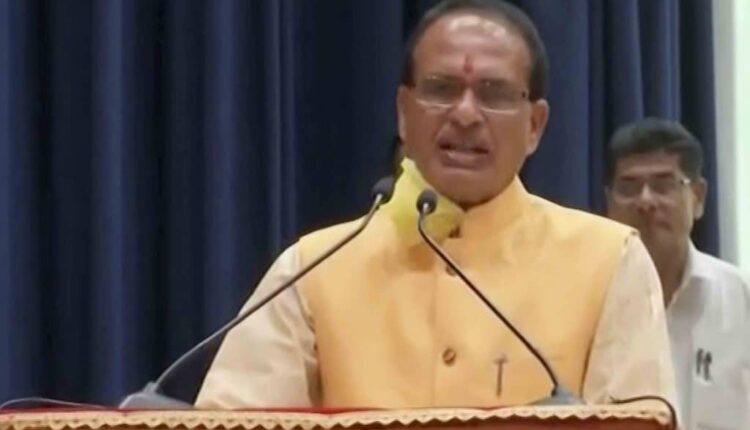 Former CM Shivraj Singh has become the chief minister of Madhya Pradesh as a fourth time after the elected Congress government there fell 15 months into its tenure due to a rebellion in its camp. Shivraj Singh Chouhan has sworn in as Chief Minister of Madhya Pradesh today, days after the Congress government of Kamal Nath fell after losing its majority.

Kamal Nath who came to power in December 2018 resigned on Thursday just before the Supreme Court’s deadline to prove his majority in a trust vote. The Congress lost its majority after 22 MLAs loyal to Jyotiraditya Scindia took a flight to Bengaluru and resigned.

The Congress tried to reach out to the rebel MLAs but failed to win any of them back. Rejecting their appeal for more time, the Supreme Court said the uncertainty in Madhya Pradesh must end and ordered a test of strength last Thursday.

Shivraj Chouhan was picked by the BJP legislative party which met Monday evening in Bhopal ahead of former state minister Narottam Mishra who played a key role in dislodging the previous Kamal Nath government  and other central favourites like union miniser Narendra Singh Tomar.

The media said that “while names of Union minister Narendra Singh Tomar and Narottam Mishra, a former minister in the state, were initially doing the rounds, following the fall of the Congress government headed by Kamal Nath, who resigned on Friday, Chouhan has emerged as a frontrunner for the chief minister’s post”.

BJP leaders on Monday said the “party needs to choose a leader and stake claim quickly as the state urgently requires a functional government in view of the novel coronavirus outbreak”.

Chouhan had been in the frame during the entire Madhya Pradesh political crisis. Once the BJP managed to whisk out 22 Congress turncoats to Bengaluru, Chauhan was part of BJP’s top-level strategising in Delhi.

He is believed to have met Jyotiraditya Scindia several times before the latter crossed the ‘laxman rekha’ on Holi by meeting Prime Minister Narendra Modi in full public gaze.

Coronavirus: Pakistan Doctor Dies due to Lack of Access to Protection Gear