Why you as a parent not ready to accept your child belonging to LGBT community? 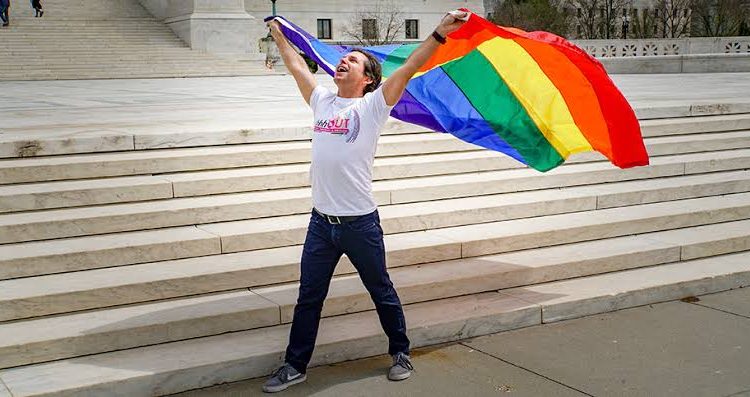 Article 21 of Constitution of India states that every person has the right to life with personal liberty and dignity. But do you think the status of LGBT community has improved in the past few years?

Are they getting the right to life with dignity or are they still exploited by the people?

There are many instances where people aren’t ready to accept LGBT community even after they are at high status jobs.

They are being harassed at school, colleges, workplaces and most of the places where they go. The one with a soft heart aren’t able to tolerate such behaviour by their parents and the society as a result of which we witness many suicide cases by them.

Many a time, they willingly abandoned the child not because the child belongs to LGBTQ

community but because it seems like a blot on them due to society’s pressure.

Recently, a news was widespread regarding a gay who committed suicide because of the humiliation in his school and wasn’t getting any support from his parents.

Nazi foundation who is working for the LGBT community has a story of his own. The founder was in love with a guy and wanted to marry each other but when that guy confronted it to his family, he was opposed by them & didn’t get support due to which he committed suicide.

These are just a few instances, there are many more cases where they commit suicide because of society’s pressure.

The people of LGBT community are as effective and efficient as a man or woman but still why are they discriminated against?

If a boy or a girl is born, no one is ashamed of them but if they are lesbian, gay, bisexual or transgender, parents are also ashamed of them as if it was their mistake.

They are not ready to accept the child as they are.

In many cases, the child itself is not able to accept themselves.

Consider it as an illusion

It has been observed that the first reaction of the parents is that they need to consult the doctor. They don’t believe that their child belongs to LGBTQ community. They believe it to be an illusion & a disease which needs to be cured.

Women are still struggling to get an identity in male -dominated society. So, it becomes more difficult for the LGBTQ community to get identified & respected just like other humans. We are too rigid to accept people as they are with an open heart. This needs to be changed to live happily together.