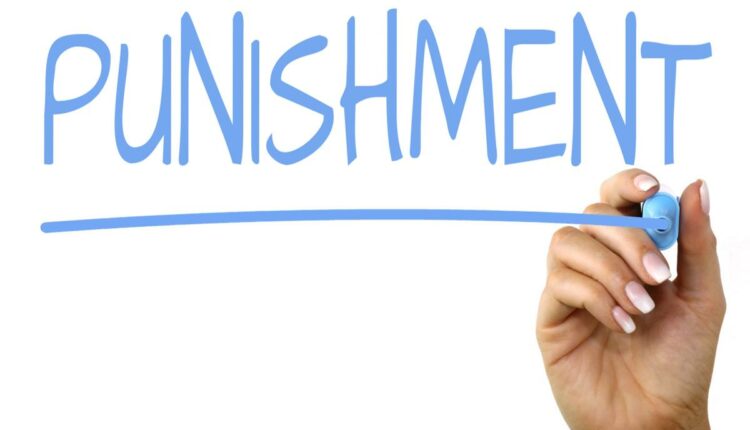 Before we delve into the theories of punishment, let’s see what is punishment, why a person is punished and what is the reason behind punishment. Is it important to punish offenders for their deed or not?

So, punishment means inflicting some kind of pain or loss to the person for his misdeeds. Punishment is the response to an offense which is imposed by an authority.

The literal meaning of this theory is to abstain from doing an act. The main purpose of this theory is to prevent criminals from doing any act or repeating the same act again in the future. This theory has been criticized by many criminologists, penologists and sociologists as it punishes offenders before they have even committed the crime along with causation and effect could be different in most cases so there could not be a single theory for every case. It is further divided into two –

This theory is based on the principle – “an eye for an eye and a tooth for a tooth“. Mahatma Gandhi said that if we will ask an eye for an eye then everyone will become blind. The main objective of this theory is to make criminals realise the pain which was inflicted on the victim and the offender should feel the same pain. This theory wasn’t appreciated by many philosophers as they felt that it is

brutal and barbaric. In addition, they quoted that this theory is just for taking revenge rather than social welfare or transformation.

This theory aims at preventing the criminal by keeping them away from society. The punishment under this theory is life imprisonment or death penalty if the offender repeats the act again. This theory rely on humanitarian mode of punishment but this type of theory is not applicable on hardcore criminals.

This theory basically aims at reforming the legal offender by providing them individual treatments. The idea behind this theory is “no one is born criminal and criminals are also human.” If they are given human treatment and trained and educated properly, they can be transformed into law abiding citizens. Under this theory, probation or parole are used for measuring the reforming criminals.

This theory e is based on forgiveness. It basically means that if the offender realised his mistake then he must be forgiven. These are basically used in case of accident or negligence. Although the compensation is awarded to the victim from the wrongdoer in civil matters.

This theory is the combination of all other theories which is above mentioned as no single theory can be applicable in all situations.