Do you believe the poor can become rich? 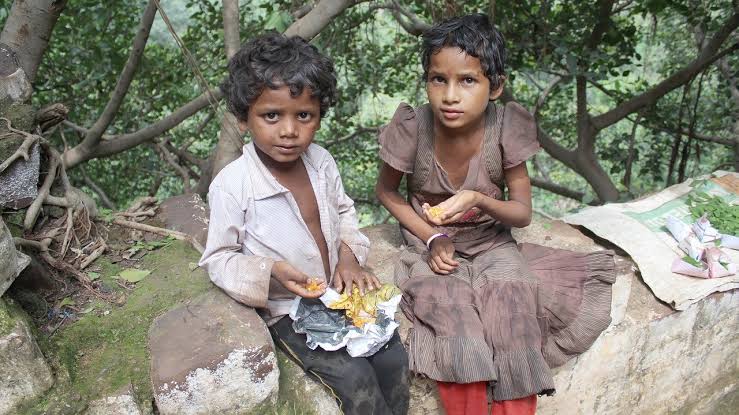 There is a well known quotation, if you are born poor, it’s not your fault, but if you die poor it’s your fault. But do you really feel it applies to everyone? Many people are not even getting basic necessities like good water. Their whole life, they struggle to get food. But still they aren’t able to manage living. The government is providing food, and other subsidies to the poor. But are they getting it?

Are the deserving one getting the facilities?

The ratio would be less because everywhere middle men take away what is required to be given to the poor. Then as a taxpayer, we ask why our country is still struggling?

No matter where we go, as an Indian we’ll see slum areas, poor people in all states of the country.

In this country, educated people are not getting employment then how we expect uneducated to get employment and earn their living.

Why is it that any graduate is forced to apply for a job which they can do without the degree? It’s obvious it’s due to inflation and unemployment. According to the data, 390 million people lost their job after the second wave of Covid 19.

Isn’t the data depressing that the poor are becoming more poor and rich are becoming richer. While the middle class struggles to maintain their status.

One can’t blame the government in total, we as a person are also responsible because a society is made by the people.

In many cases, we observe a poor person selling the goods provided by the government for buying liquors or anything for temporary use. They can even save and invest in business but they don’t.

Many a time, middle men never let the things available to the needy. When a beggar approaches us, we simply provide them with a penny. Aren’t we responsible for it? Inspite of giving a penny, we can provide them essentials or encourage them to study and provide the required items.

As an educated person, isn’t it our duty to spread awareness?

Aren’t we able to generate employment in spite of becoming an employer?

Why are we so rigid about taking risks?

Everyone wants to get a government job because of the safety & no risk factors.

A poor person can live happily with all facilities but everyone needs to play their role honestly, otherwise the situation isn’t going to change. A vision of developed India will remain an illusion and not reality.

The Establishment of ViaBTC Capital Renovates the Blockchain Investment Ecosystem