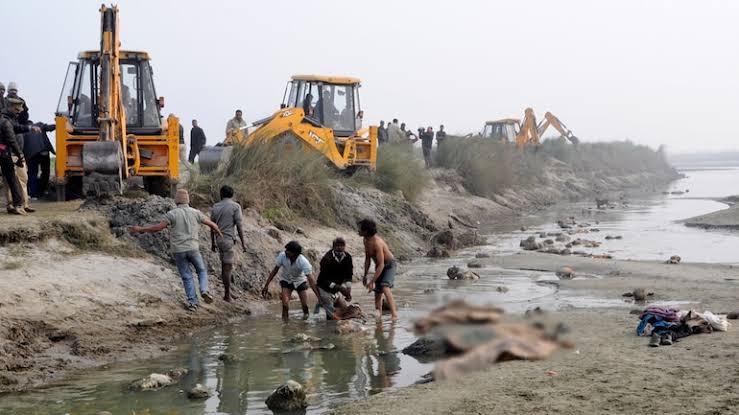 What is the difference between a human and an animal? A human wants privacy, he knows what his dignity and rights are, he can’t sleep on the road unless he doesn’t have a choice while the same doesn’t happen with an animal. The animal will choose to stay free on the road, rather than live in a house.

Have you observed when a person dies, no one calls him with his name, he is referred to as a body but does it mean he doesn’t have the right to be buried with dignity?

Article 21 of Constitution of India

But don’t you think in the current scenario, people are not getting their right to be buried after death?

We witnessed death due to shortage of oxygen, medical negligence as well as how well medical professionals, journalists performed their duties. But what really horrified the soul too is how the greed of the person didn’t let the person die peacefully.

In many instances – dead bodies floating on the water, dumping bodies infected by Covid viruses in the river.

Just imagine how people living around such an area would be affected?

The pollutant water will affect the people who are dependent on the river for their drinking and household chores.

After observing the scenario, Advocate Vineet Jindal filed a plea in the court regarding dumping Covid bodies, half burnt bodies, decomposed dead bodies. He pleaded to provide –