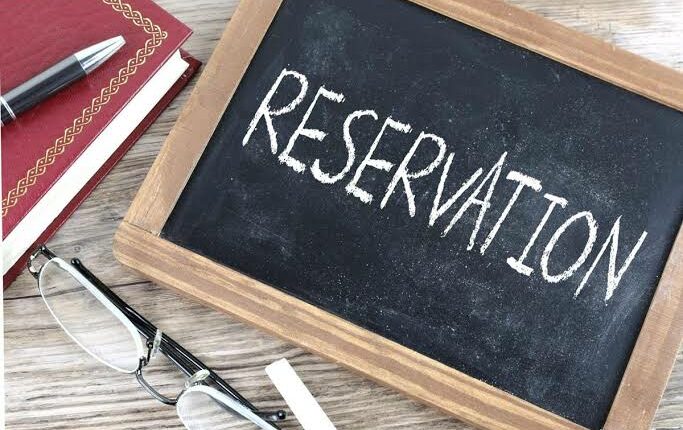 Can you get reservation after reconversion to Hinduism?

Reservation was introduced for the upliftment of weaker sections of the society so that they can enhance their living standards. But it was observed that many needy people aren’t getting the benefits of reservation. In another word, reservation became a tool for vote banks and used by uplifted people belonging to backward castes because there are many who aren’t even aware of their rights. However, the concept of creamy layer minimises the misuse of reservation upto some extent.

Creamy layer means people belonging to Other backward classes earning more than 8 lakhs per annum then they won’t get reservation.

It can’t be denied that many people are benefited by the reservation and many aren’t, some lacking behind even after having merits and things goes on. Everything has their own merits and demerits but here the question is can you get reservation after reconversion to Hinduism?

Many a time, people don’t accept a person after conversion, & there are many instances where people converted their religion just to get reservation. So, the question is what would be the situation in reconversion?

Article 15(4) of Constitution of India was inserted by First Amendment Act, 1951. The article states that States can make any special provision for protection & advancement of Schedule Caste & Scheduled Tribes or social & educational backward classes.

Fact – A man who belonged to Scheduled Caste, converted to Christianity and then he reconverted to Hinduism.

Issue – Can he get reservation of seats in medical College under Article 15(4) of Constitution of India?

Held – The Court held that if his parents belonged to Schedule Caste, before his conversion to Christianity & on reconversion to Hinduism, the members of Schedule Caste accepted him as the member of their caste then he shall be entitled to get the benefits of reservation of seats in medical college.

What is the Source of Hindu law?

When a Court may issue Summons to produce documents or other things?

How a proclamation for person absconding shall be published?