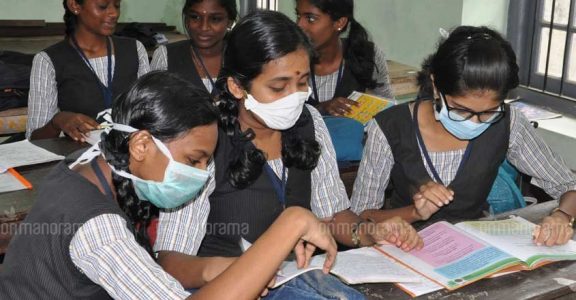 Along with corona vaccination in the country, schools are also being opened gradually. A few days after the school opened, 192 students from two schools in Malappuram district of Kerala have been found corona infected. These children study in the tenth grade. Officials said 72 staff members, including the teacher, have also been found infected with the virus. Kerala is among the most affected states of Corona crisis in the country.

The district medical officer said that after one student was found infected, the other was tested by students in the form of contact tracing and surveillance. Subsequently, students and employees of other schools in the same area were also tested. This should be seen as a time-bound strategy to prevent the spread of the virus.

Corona test of 638 children was done in two schools in Malappuram, in which 149 students of one school and 43 students of the other were found infected. Similarly, 39 people from one school and 33 from another have been infected in the investigation of the school staff, including the teacher. Since last month, students of 10th and 12th have started coming to schools in Kerala. Students are divided into limited numbers and multiple shifts under the Covid-19 protocol issued for schools.

Triton joins hands with Bharat Electronics; both companies will work together to make EV batteries FacebooktwitterwpEmailaffiliates