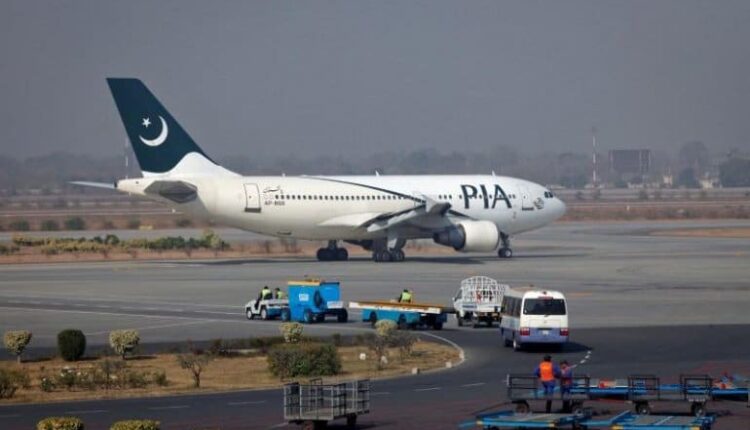 A Pakistani aircraft carrying 90 passengers and eight crew members crashed at a residential area near the Karachi Airport on Friday. It was reported that the plane crashed near the airport ground area as it was approaching to land.

Local television reports showed smoke coming from the direction of the airport. Ambulances were immediately sent to the site of accident

News agency PTI said Sindh’s Ministry of Health and Population Welfare has declared emergency in all major hospitals of Karachi due to the plane crash.

The flight PK 8303 from Lahore was about to land in Karachi when it crashed at the Jinnah Garden area near Model Colony. According to PIA chief executive officer Arshad Malik, the pilot had informed the control room of facing a technical issue and then decided to go around rather than land even though two runways were ready for landing. It was reported that the plane had attempted to land on the ground two or three times before the crash had occurred.

Imraan Khan said rescue and relief teams were on the ground and the unfortunate incident will be inquired about to get to know the minute details. He has also sent his condolences to the families of the deceased. As of now the number of casualties have not been confirmed.

“Shocked & saddened by the PIA crash. Am in touch with PIA CEO Arshad Malik, who has left for Karachi & with the rescue & relief teams on ground as this is the priority right now. Immediate inquiry will be instituted. Prayers & condolences go to families of the deceased.” Tweeted Pakistani PM Imran Khan.

Indian Prime Minister Narendra Modi also took to his twitter and offered his condolences and wished for the well-being of the families of the deceased.

“Deeply saddened by the loss of life due to a plane crash in Pakistan. Our condolences to the families of the deceased, and wishing speedy recovery to those injured.”

Social media has received some footages which show how smoke has filled out from the site of the crash. Ambulances and rescue officials are working to help residents. According to reports, several houses and cars have been damaged in the residential area that witnessed this incident.

Government job in 2020, read this article to mark your calendars Check out now!

COVID-19 India Updates: The number of confirmed cases has reached to 1 lakh 19 thousand and 521