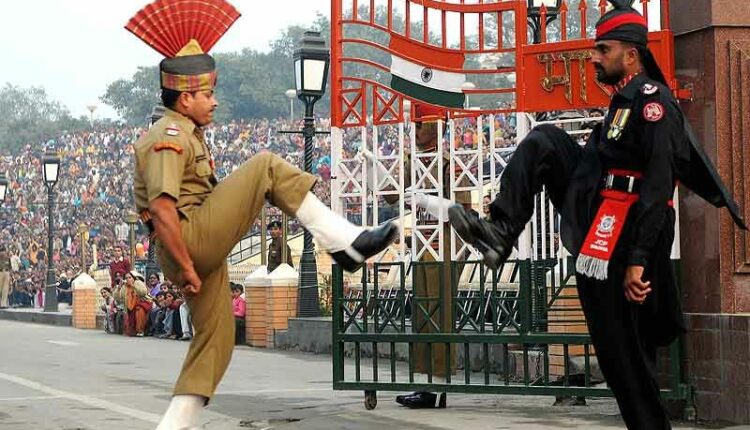 Pakistan said on that “Thursday to close down Wagah border with India for two weeks as the number of coronavirus cases in the country rose to 341. The interior ministry through a notification said that it closed the key border point with India “for an initial period of two weeks (14 days) with immediate effect”.

It said the measure was taken to “prevent the spread of COVID-19, in the best interest of both countries.”

Pakistan’s western border with Iran and Afghanistan had already been closed to avoid the spread of the deadly virus which had infected people in more than 150 countries.

Meanwhile, more coronavirus cases were reported in Pakistan as the number of patients in Balochistan province rose to 45 and Khyber-Pakhtunkhwa 34. Another 211 patients were in worst-hit Sindh, 33 in Punjab, 15 in Gilgit-Baltistan, 2 in Islamabad and 1 in Pakistan-occupied Kashmir. So far two people have died due to the coronavirus in Pakistan.

Pakistan was taking measures to stop the spread of the infection and lately religious affairs minister Noor ul Haq Qadri said that “training programs for Haj pilgrims were suspended as part of the preventive measure. In Karachi, which is one of the worst-hit areas, Christian leaders suspended Church services”.

The Foreign Office announced to hold an indirect press conference as a precautionary measure to control the spread of coronavirus. The number of COVID-19 cases in Pakistan shot up to 384 on Thursday, after new cases were reported in Sindh, Punjab, and Balochistan.

The federal minister Azhar said  Pakistan’s first two deaths were recorded in Khyber Pakhtunkhwa: a 36-year-old and a 50-year-old. “This is in addition to funds already made available by finance division for immediate use by the authority. Reallocations from foreign-funded projects also being diverted towards.

That his own division was in the process of finalizing a $600 million “emergency package” to deal with the outbreak in the country.”It includes reallocation and fresh financing. This will be in addition to local funding that is being made available”.

Sensex lowers by 581 points , Nifty below 8,300 because of coronavirus fear