Man dies from hantavirus in China: know about this virus 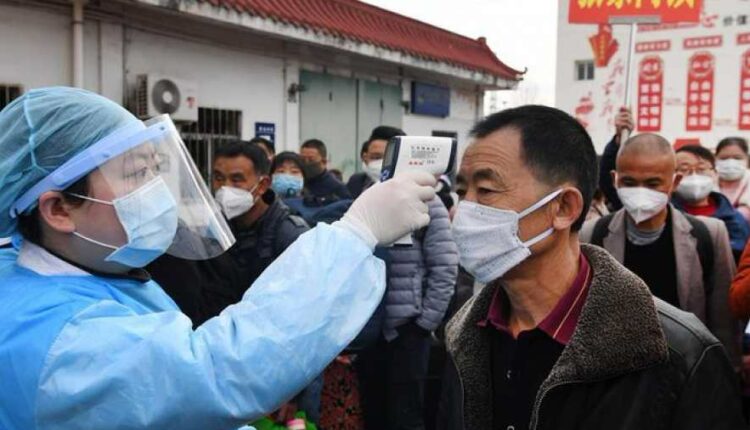 There is no end to viruses in China after the ‘killer’ Coronavirus,  a number of other diseases are also rearing their ugly heads. Cases of swine flu and bird flu have already been reported in India and other countries. Now, a man from China has tested positive another deadly virus hantavirus.

China’s Global Times tweeted that the man from Yunnan Province died while on his way back to Shandong Province for work on a bus on Monday. The 32 other people on the bus were also tested for the virus.

A person from Yunnan Province died while on his way back to Shandong Province for work on a chartered bus on Monday. He was tested positive for #hantavirus. Other 32 people on bus were tested. pic.twitter.com/SXzBpWmHvW

According to the Centers for Disease Control and Prevention (CDC), hantaviruses are a family of viruses which are spread mainly by rodents and can cause varied diseases in people.

The disease is not airborne and can only spread to people if they come in contact with urine, feces, and saliva of rodents and less frequently by a bite from an infected host.

Early symptoms of HPS include fatigue, fever, and muscle aches, along with headaches, dizziness, chills and abdominal problems. If left untreated, it can lead to coughing and shortness of breath and can be fatal, with a mortality rate of 38 percent, according to CDC.

HPS has a small incubation period and symptoms deliver over 1 to 8 weeks. Early ones include.

While the initial symptoms of HFRS too remain the same, it can cause low blood pressure, acute shock, vascular leakage, and acute kidney failure.

HPS can’t be passed on from person to person, while HFRS transmission between people is extremely rare.

As per the CDC, rodent population control is the primary strategy for preventing hantavirus infections.

There have been sporadic cases in India. In 2008, the Hantavirus struck the Irulas, a group of snake and rat catchers.

In 2016, a 12-year-old in Mumbai had died of the hantavirus infections.

According to Govt of Canada’s Public Health Service, one can get the disease by inhaling virus particles from rodent urine, dropping or saliva . It can happen when rodent waste is served up from vacuuming or sweeping. It can be caused due to touching objects or eating food or saliva that has been released in the air. Rat bites can also cause it but it’s very rare.

The CDC: “Rodent infestation in and around the home remains the primary risk for hantavirus exposure. Even healthy individuals are at risk for HPS infection if exposed to the virus.”

Diagnosis is difficult because symptoms can be confused with influenza, much like the coronavirus symptoms. Individuals with fever and fatigue and who are exposed to rats should be tested. In India, groups such as irulas, who hunt rats and snakes, have been found to be vulnerable.

No specific treatment is other than medical care and ICU, where oxygen therapy can help with respiratory distress. The earlier the patient reaches ICU, the better it is.

No need to panic, dear countrymen, essential goods and medicines will be available: PM Modi