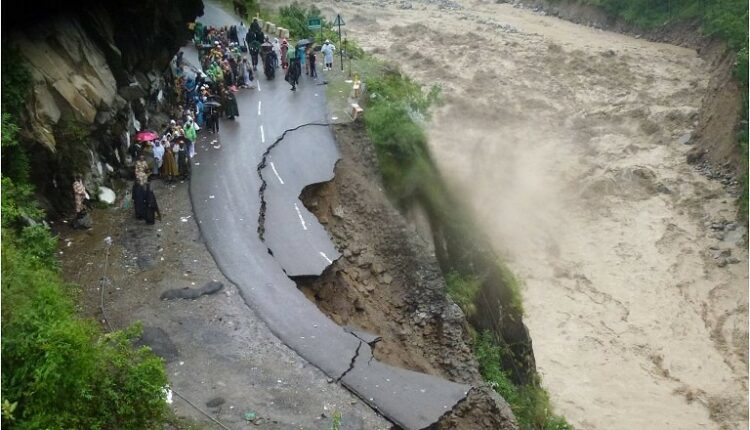 We are well versed with the Uttarakhand glacier burst on 7th Feb 2021 in Chamoli district which amounted to loss of 58 people out of which 31 recovered bodies are identified. This is blood curdling but  the debate is whether the disaster is natural or manmade? When we delve into the past, we can see that the mass of snow ice and fresh water came down down of slope and reach the base of Rishi Ganga river, some people has been swept away and some got injured due to rocks boulders and debris which were carried out by lethal combination of snow ice and water.

In the backlog it was observed that the temperature on February 5 and February 6 was higher than the normal days in the Himalayas. So, this could be the natural reason behind the disaster but what happened next is not natural and neither the negligence before the disaster was natural. So, one cannot say that the disaster was totally natural. Glacier burst or rock falling is a natural event but isn’t it folly to build dams and hydropower projects in such an area even after the warning of such risk?

2019 North India flood of Uttarakhand also known as Kedarnath tragedy which was considered as country’s worst natural disaster since the 2004 Tsunami as the total death was around 5748 and 4550 villages were affected. After this flood, the Supreme court ordered the formation of a committee to investigate the viability of hydropower projects. But it was observed that the government gave no response until the matter reached the supreme court.

First committee recommended to drop hydropower projects proposed by Uttarakhand Uttarakhand government. Mr Sashi Sekhar, who was the secretary of the ministry of environment and Forest, accepted the recommendation. But after this step, the power developer companies filed developer companies filed petition that they are penalised even after following all norms. Second committee was formed and they gave an advice to cancel hydropower project although they observed that all norms regarding environment protection were being followed. Apart from this, a third committee was formed but doesn’t play a significant role. It is observed that hydropower projects led to destruction. Still there is a constant tussle as the government argues that hydropower projects are the only source of electricity and needed to meet the demand for development.

Here the only solution is sustainable development. The Government of Uttarakhand wants to provide electricity access and internet connectivity to every citizen of the state but they are not able to make a balanced hydropower project without creating a negative impact on the environment. So, the only alternative they have is a solar power based development else the state will suffer with flood, glacier burst and many more disasters where humans equally contribute.