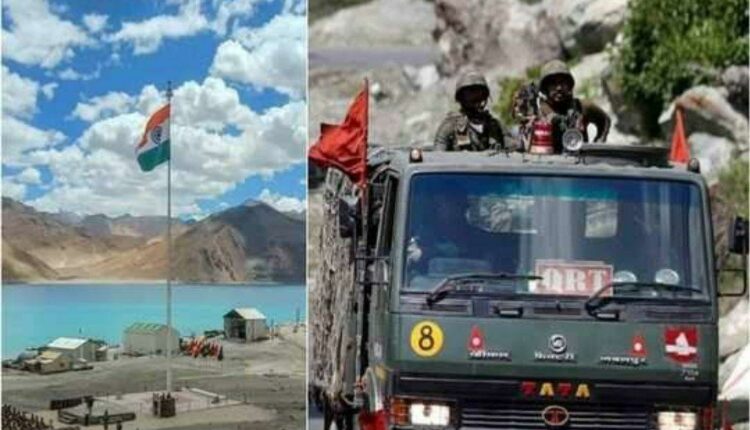 After Galvan Valley, India-China troops clash on the southern side of Pangong Tso

New Delhi. Constant dialogue with China is not showing any impact on the ground. The latest face-off in Eastern Ladakh took place in East Ladakh between India and China on the night of 29-30 August. According to information received by the government, the Chinese troops moved the movement by going beyond the dialogue. The movement of Chinese troops on the southern side of Pangong Lake was opposed by the Indian Army. According to the information, the army did not allow China to advance. India has increased its deployment in the region. Despite this clash, Brigade Commander Level’s flag meeting is going on in Chushul. This is the second-largest incident on the China border after a violent clash in the Galvan Valley on the night of 15 June. As of now, all the soldiers are said to be safe.

China broke the agreement, then chased
The government said in a statement, “On the night of 29/30 August, Chinese troops violated the earlier agreement.” The Chinese military made another attempt to change the status quo at the border. When the Chinese army moved forward with weapons on the southern bank of Pangong Lake, the Indian army not only stopped but drove back. According to information, India has strengthened its position at the skirmish.

In a statement issued by the army’s PRO Colonel Aman Anand, said that the Indian Army wants to establish peace through agreement but is equally determined to protect its country.

The heavy force deployed on the southern side of Pangong
The southern edge of Pangong is commonly known as the Chushul Sector. Ever since this tension started in May, the presence of soldiers in this area has increased considerably. According to sources in our affiliate, there has been the heavy deployment of troops in Chushul after the latest skirmish. The army is not giving many details yet.

Despite the conversation, there was a clash
Despite several rounds of negotiations, tensions in East Ladakh are not easing. The Indian Army has a clear stand that China should restore the situation before April. Apart from military-level talks, the Ministry of External Affairs and the Working Mechanism for Consultation and Co-ordination of both countries have also discussed. Both sides have repeatedly agreed to move towards complete disengagement but the ground was not affected.

China has done such acts before also
In 1999, when India was concentrating on Pakistan’s incursion into Kargil, China made a rough road from its base to Finger 4. It was later confirmed. According to a military officer, “The soldiers of the PLA often used to patrol the area with their posts from the posts of Finger 8 and Sirjap. But despite claiming to have Finger 2, they had never captured it but now they have taken finger Have prepared defense structures between 4-8. They are present on the heights. “