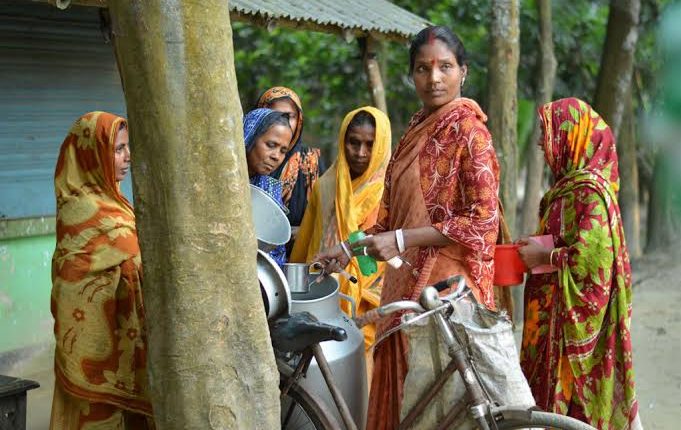 Women have the power and energy to bring the revolution but still they are considered as a weaker section of society and because of their financial instability,exploitation in the past,dependence on their male counterparts. Contribution by women dairy farmers to India’s white revolution shows the power of women to achieve whatever they want. As a result of which women’s history month is celebrated in March.

Cooperative and union played an important role in the growth of dairy farms. In the backlog, the majority of dairy farmers owned less than 5 cows but the dairy cooperative model worked as a pathway to financial stability. According to the study by the International Development Research Centre (IDRC), the success rate of women farmers who received financial aid and training is 93%. In addition, the National Dairy Development Board (NDDB) provides training to the women during the farmers orientation programme.

Women Dairy Cooperative Society (WDCS) made a study across Rajasthan, observing that 31 percent of women converted their mud house into a cement house with the income generated through dairy farms. Along with this, 39% provided various facilities for their cattle such as construction of concrete shades. They even break the traditional practices and move a step towards positive change.

However, small farmers have to face some challenges such as information asymmetry. It was observed that small farmers have the access to 50 to 70 percent resources as compared to medium and large farmers. But in spite of that, we have witnessed many examples where women stood out. For instance Prem Bai from Rajasthan experienced life changing transformation after joining Bhilwara milk union. In the past, she wasn’t fortunate enough to get access to education but now she is the one who financially contributed the most in her family. In addition,

she purchased 25 acre of land with her own income from dairy farms. Another example is shreeja mahila milk producer company which is a woman led producer enterprise which was started with 24 women but now there are more than 90000 members with 450 crore annual turnover. Apart from this, women like Nacalben Dalsan bhai Choudhary from Badgam, Malvi Kanuben from dhanera earned handsome amounts of money by selling milk.

What do you know about the literary source of ancient India?