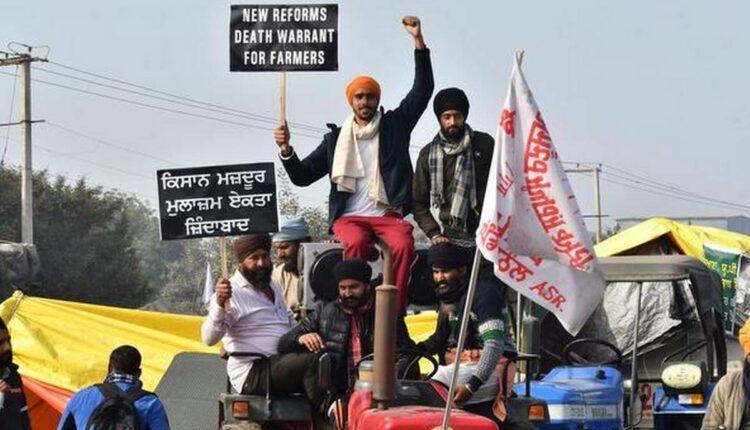 The farmers’ agitation against three new agricultural laws continued on the borders of Delhi today for the 57th consecutive day. Meanwhile, the farmers’ organizations have turned down the proposal given by the government on Wednesday.

The Samyukta Kisan Morcha issued a statement saying, “The proposal made by the government in the General Assembly yesterday was rejected. The talk of repealing the three central agricultural laws altogether and enacting a law for MSP profitable on all crops for all farmers was reiterated as the main demands of this movement.

On Wednesday, the 10th round meeting was held between the farmers and the government. In this meeting, the central government has made a new proposal in front of agitating farmers’ organizations, saying that it is ready to postpone agricultural laws for one and a half years. During this time, a committee of representatives of the government and farmer organizations will discuss these laws in detail and will find a way out.

Farmers’ organizations have already announced to take out a tractor rally on 26 January. In this regard, senior officers of Delhi Police held a meeting with farmer leaders today.

According to sources, in the meeting, the police officials suggested that the proposed tractor rally should be organized on the Kundli-Manesar Palwal Expressway instead of Delhi’s busy outer ring road, which was rejected by the farmer’s associations.

The United Kisan Morcha has also said in its statement that in a meeting with the police administration, the police talked about not entering Delhi, while the farmers strongly and loudly talked about parading on the ring road of Delhi.