Ever since bitcoin or cryptocurrency has come to surface, some or other headline keeps on surfacing. The latest bitcoin headline is on the popularity surge of bitcoin search in South Africa.

After electing their new president Cyril Ramaphosa, Africa is on a mountain of high concern for its economic struggle. The economic struggle as always is a high political agenda still under racist clouds, even though the apartheid is over.

Ramaphosa’s party, African National Congress (ANC) has taken an oath to bring a new constitution and the first change is distributing white-owned property to the black community that also with no compensation. This initiative is going to provide the black community also to have their own farmland in Africa. 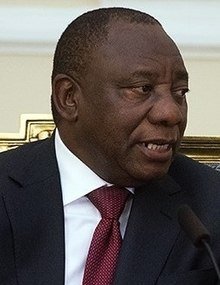 Another factor that prevailed since time in Africa is the economical uncertainty. But, now looks like this is also about to change as bitcoin and cryptocurrency searches on Google have surged immensely in South Africa. Till date, South Africa has made it to the top 66 country search list of bitcoin and cryptocurrency on Google. In fact, over the past 12 months, South Africans have searched roughly from 100,000 to 1,000,000 times and the peer-to-peer bitcoin trade volume has also seen a significant surge with the weekly rand-value of local Bitcoins trade increased to an approximate of USD 1.7 million in January 2018.

Many African citizens are also facing obstacles as the conventional banking is not on a high surf and most of them don’t even have adequate foreign currency availability.

Yes, bitcoin is being termed as the door to heaven that can end the economy turmoil, but this is not much of a surprise as bitcoin has the tendency to have a heavenly look. Those who are following bitcoin since 2012-13 will remember the Cyprus banking crisis and the BTC price spike as well. Even on Google Trends, South Africa has reached the top of Google search for bitcoin and cryptocurrency.

Matter of fact, Werner van Rooyen, head of marketing for cryptocurrency exchange Luno, South Africans are trading every week. Rough estimation bitcoin trade is at 1,000 BTC per week going on a trade rate of R11,086 per coin. As of 5th January 2018, nearly 965 BTC have been traded at R 212,000.

This exceptional growth has increased due to the sudden rise in the currency’s value and increase in the volume trade as well. Nevertheless, it’s still uncertain as to how much South African citizens intend to invest in what they already have invested in the bitcoin trade.

Apart from South Africa, Sudan and Kenya also seem to be following in the steps of South Africa in terms of bitcoin trade as per a report issued by the Wall Street Journal.