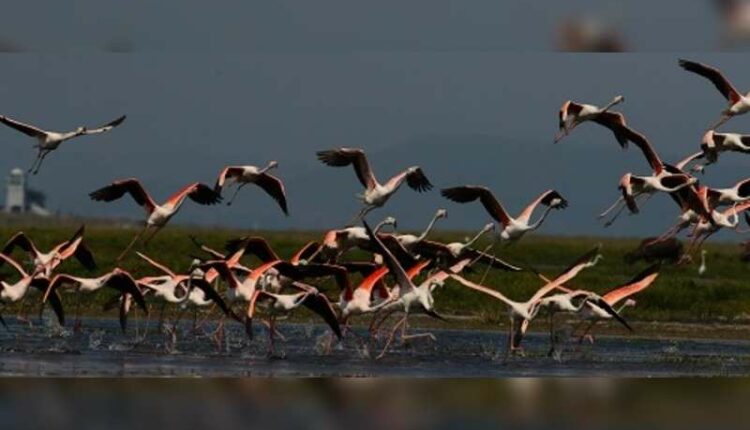 Samples of dead migratory waterbirds found at the Pong Dam Lake in Himachal Pradesh have tested positive for avian influenza or bird flu alerting authorities and travelers traveling to the state. Himachal Pradesh has now become the fifth state to report suspected cases of bird flu after Haryana, Rajasthan, Kerala, and Madhya Pradesh.

In Haryana, around one lakh poultry birds are reported to have died in Barwala in the last few days, while in Rajasthan, the death of several crows in Jhalawar indicates the presence of avian influenza. Samples of some ducks in Kerala have also reportedly tested positive for the bird flu.

The bird flu virus was detected in around 50 crows whose carcasses were found in Indore in Madhya Pradesh last week, prompting authorities to issue an alert. Around 1,800 migratory birds, most of them Bar-Headed Geese, have been found dead in the lake sanctuary in Himachal Pradesh since Monday last week.

Principal Chief Conservator of Forests (Wildlife) Archana Sharma says, “The laboratory at the Indian Veterinary Research Institute (IVRI) in Bareilly had detected avian influenza in the samples of dead birds, according to information conveyed to us by the Centre Monday. We were awaiting confirmation by NIHSAD

as it is the nodal body for detecting this disease.”

Director of the animal husbandry Dr. Ajmer Dogra said that the department has initially grouped up a rapid response team to deal with the suspected epizootic.

Bird flu is a highly infectious and severe respiratory disease in birds caused by the H5N1 influenza virus, which can also infect humans. However, human-to-human transmission is unusual, according to the World Health Organisation.

ALSO READ – CoWIN App to Be Official Vaccine App for India: All You Need to Know

In Rajasthan, deaths of more than 170 new birds were reported from some districts on Monday, taking the total fatalities in recent days to over 425. “Bird flu has been confirmed only in Jhalawar (district). Report of other deaths is yet to come,” according to the state animal husbandry department.

As some parts of Kerala too reported the influenza outbreak, authorities have ordered the culling of ducks, hens, and other domestic birds within a one km radius of the affected areas in Kottayam and Alappuzha districts. Officials said some 40,000 birds will have to be culled to check the spread of the H5N8 virus.

Is grave and sudden provocation an exception to murder?