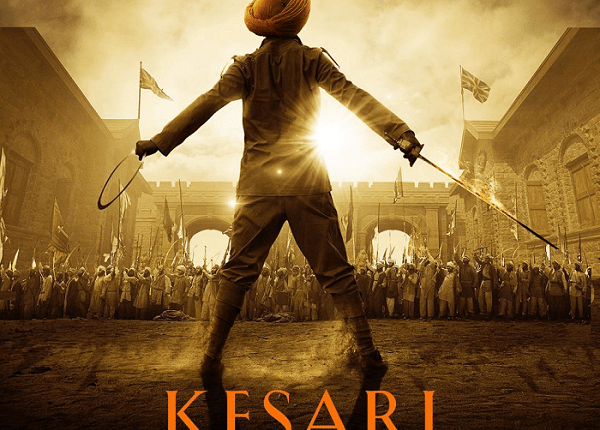 Akshay Kumar never fails to delight his fans by his choice of film and his acting skills. He is now ready to win hearts with his upcoming film, Kesari. Parineeti Chopra will be seen in the lead role with him. Parineeti told the press that this movie is all about boys and she is playing a very small role in this movie, but she enjoyed doing it.

This movie is the story of Havildar Singh who took part in the Battle of Saragarhi. This battle is known for 21 Sikh men who fought against 10000 Afghani people in 1897. They managed to stop two consecutive attacks by Afghanis.

Akshay Kumar did some stunts for this movie which were under the supervision Lawrence Woodward of The Oscar-winning Mad Max (Fury Road).  Karan Johar and Akshay Kumar made an announcement about this film in October 2017.

This film is directed by Anurag Singh and produced by Dharma Productions. In December 2018, after the wrap of this movie, Karan Johar shared a photo of Akshay and Parineeti together in traditional Sikh outfits. This movie is scheduled to be release on 21st March 2019.

Akshay Kumar has shared two pictures from this movie on his social media in September 2018 and January 2019 respectively. But recently two official posters of Kesari

which he shared are just spreading over the internet like anything. Everyone is very curious about what this movie will bring to the audience.

In one of the posters he shared, Akshay Kumar is standing in front of 10000 Afghanis. He Captioned this poster with “Unravelling the pages of history to the bravest battle ever fought. #GlimpsesofKesari from tomorrow, are you ready?”

Another poster that he shared on his Instagram handle shows Akshay Kumar wearing a Pagdi and holding a sword right in front of his face. He quoted, “Aaj meri pagdi bhi Kesari, Jo bahega who lahoo bhi Kesari, aur mera jawab bhi Kesari.”

Both the posters are flooded with comments and likes. All the fans went crazy on Twitter and retweeting these posters with praises. Today, Dharma Productions shared a short video Called Glimpses of Kesari on their YouTube Channel. It gained almost 40,000 views in just 30 minutes.

Akshay Kumar is all set to own this year. Because along with this movie four other films of him are coming namely Good News, Mission Mangal, Housefull 4, and Sooryavanshi.

All the excitement in the audience about this movie already sets this movie to be a blockbuster.

Porto vs Roma: Live Streaming, Where to Watch, Kick Off Time & Team News