The fact is known to all that the Artificial Intelligence or AI will surely outperform the humans in future. In the year 2017, Google brain is developing the AI software in the Google’s AI research lab that can create more AI. Then on the May month of the year 2017, Google created AutoML. AutoML is a machine learning algorithm which can generate it’s own AI. So it will not need to hire the human experts.

They introduced a new technology known as the reinforcement learning by creating a ‘child’ which can counterpart with the help of using an approach known as the reinforcement learning. It is named as NASNet and the child can recognize the object in a real-time feed of videos like cars, people, traffic lights, backpacks or handbags. The child model is getting evaluated by the controller neutral net of AutoML. It learns from the feedback and becomes a better version of NASNet.

After improving g and tweaking the NASNet in an endless manner, it was tested on COCO object detection datasets and ImageNet image classification. These are the two most famous and respected data sets in the computer version.

The acknowledgment was also given when the image features learned by NASNet on ImageNet and COCO. As a result, there was also open-source for inference in image classification by NASNet. There was also detection of an object in the Slim and Object Detention TensoreFlow repositories. Now the scientists are hoping that the large machine learning community can build on these models for addressing different computer vision problems. This was according to a researcher in a blog post.

There are many possible uses of NASNet and AutoML. Not only that, there are also ethical issues which are related to the AI. The question may arise in mind regarding the creation of AI by AutoML in such a speed that the society fails to keep up with them. A parent may also pass down the unwanted biases to its child.

For keeping the entire thing in control of human, it is important that they implement it with a very strict regulation. It must also enhance the ethical standards for preventing the use of AI for malicious purpose. 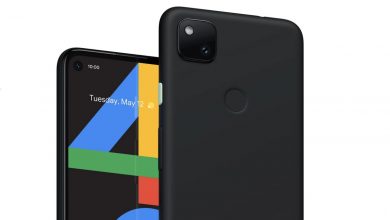 Google unveils the Pixel 4A for India