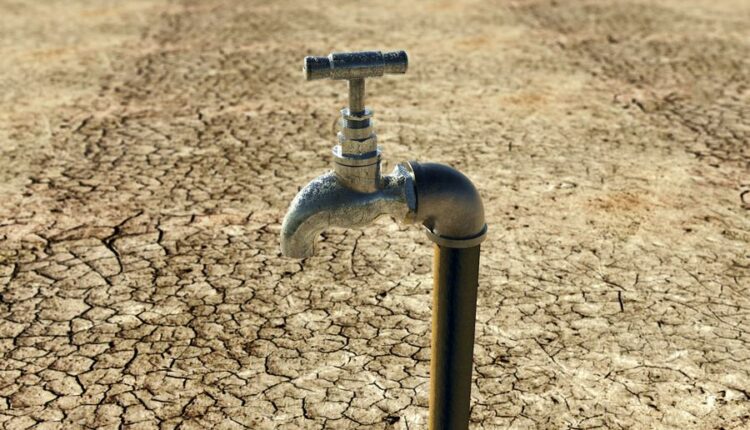 Our country is in deep water. By deep water one can infer a big trouble. This trouble is the water crisis that a country like India is facing. India has nearly 1000 rivers. Of these some are perennial and some are seasonal. As of 2015, the country received an annual rainfall of 1025 mm. The irony is that not even a single year goes by when the cities of India face floods. On 19th of June 2019 Chennai completely ran out of water. The reservoirs, four in numbers, which once fulfilled 40% of the total water requirement of the city, have now dried up. This has forced the local residents to rely on private water tankers for cooking and drinking purposes. With little availability of drinking water, people obviously have no water for laundry and bathing.

A report of NITI Aayog predicated that 308 districts of India are facing water crisis. It was predicted that by 2020, 21 cities of India will completely run out of groundwater. Four major metropolitan cities of India, Chennai, Bengaluru, Hyderabad and Delhi made it to this list.

So, what could be the possible reasons behind the 6th largest city of India turning desiccate?

Reasons behind the water crisis in India

Lack of rainfall in a city can make a city sunbaked and its excess can lead to inundation. The same happened with Chennai. Chennai experienced severe floods in 2015 and now Chennai is facing water crisis. Back in 1950, the availability of water was still less but three times more than what it is today. In terms of per capita, 5177 m3 was the availability in 1950, as of 2011 only 1545 m3 is available.

Well it is us, who are to be blamed for putting ourselves in such a cataclysm. Our inefficiency and mismanagement in using water and exploitation of resources available to us has put us in a tight spot.

Our country is a primary sector driven country. With water being the prime requirement, it is natural that most of the water resources of our nation are used for agricultural purposes. The lack of techniques that minimize the water usage is a prime contributor to the water depletion. Even if there are some, lack of money and knowledge just doesn’t let people access those techniques.

This may not sound new but even today our wastewater management process is not that good. Wastewater from industries, houses etc goes into local city choes. These choes have their openings in rivers, thus polluting them.

Desilting of rivers is another important aspect that needs to be effectuated. Desilting is actually the removal of mud and sand, that is brought down by the rivers from the river bed. Well this will help in enlargement of the storage capacity of the river. This enlargement can avoid flooding, thereby reducing the freshwater wastage.

Urbanization contributes to this as well. It is because of urbanization that these water resources aren’t able to replenish. Hyderabad is one such city that is facing water crisis due to urbanization. Two man-made lake by the name Osmansagar and Himayatsagar have been sources of water for the city. These are not in a good condition because of unplanned development and urbanization.

The exigency is to use water assiduously. We need to toil and conserve water, especially at this juncture of time, when one of the metropolitan cities of India runs out of water. This is a complete debacle of the system  and blaming won’t help anyone, we all need to join hands and come together. Shouting out slogans for or against political parties is nothing but pseudo-nationalism, by shouting out slogans and working towards the right cause together can help the nation in facing such critical situations.

Best in-ear headphones in 2019: Best earbuds available in India at a pocket-friendly price

Center’s affidavit on FASTag, mandating fast tag on national highway does not…